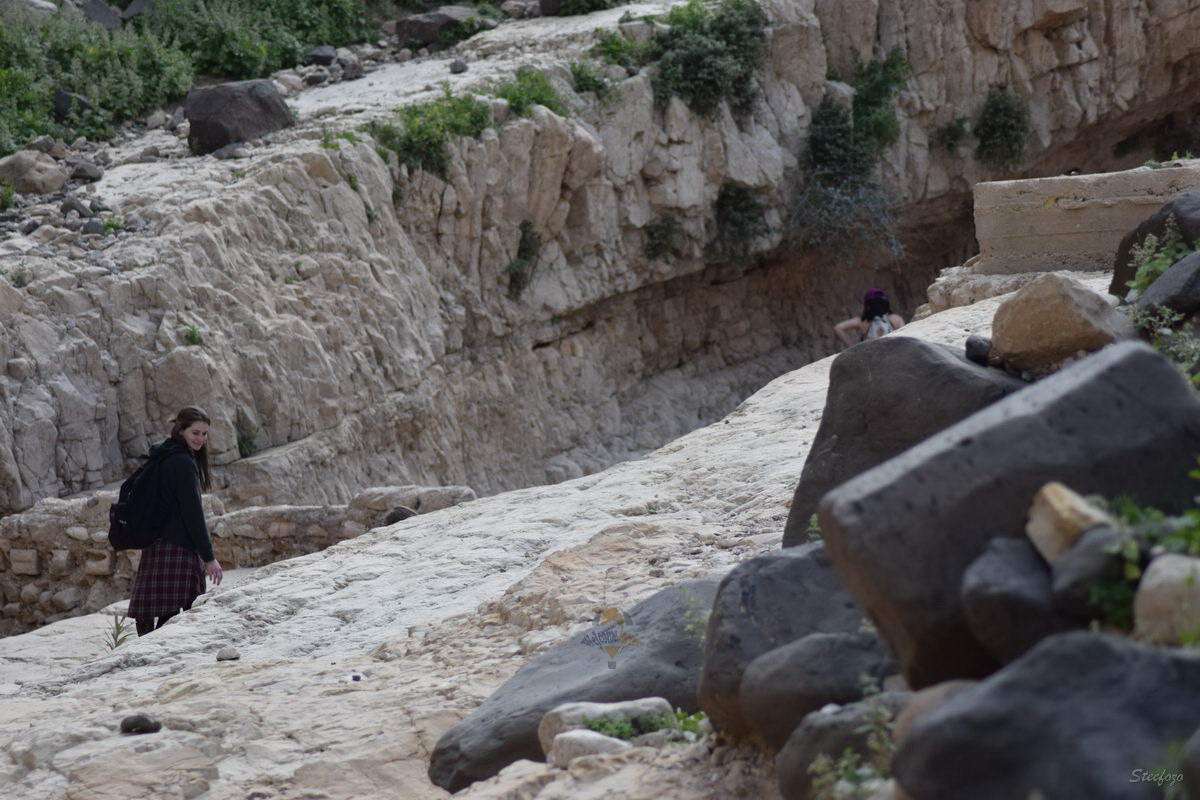 Wadi Zarqa Ma'in from the southwest of the city of Madaba and the town of Ma’in, many distinct and branched valleys flow opposite to other valleys, coming from the north of the towns of Malih and Leb, to form a network of valleys that meet at their first junction at the Zarqa Ma’in Dam area, which was established in the upper part of the valley.Although the dam’s location is distinct, it could not collect the water coming from the tops, some of which are sources of springs and springs, and others from flood rain, especially in the winter season. Therefore, many branching valleys remained outside the dam’s control, and the total number of its branches and tributaries exceeded forty. Kilometres spread from a number of villages and lands, including: Harithin, Umm Rasisah Al-Dair, Al-Zara, Jabal Bani Hamida, Taym, Al-Marighat, La Tan, Ma'in, and others, to the end of which flows into the Dead Sea. More than fifty-five water springs between fresh cold and hot mineral water with varying temperatures, some of which reach sixty degrees Celsius, and with botanical and geological diversity starting from an altitude of more than 800 above sea level for the surrounding mountains and ending at the Dead Sea at a level of negative 428 metres below The surface of the sea. 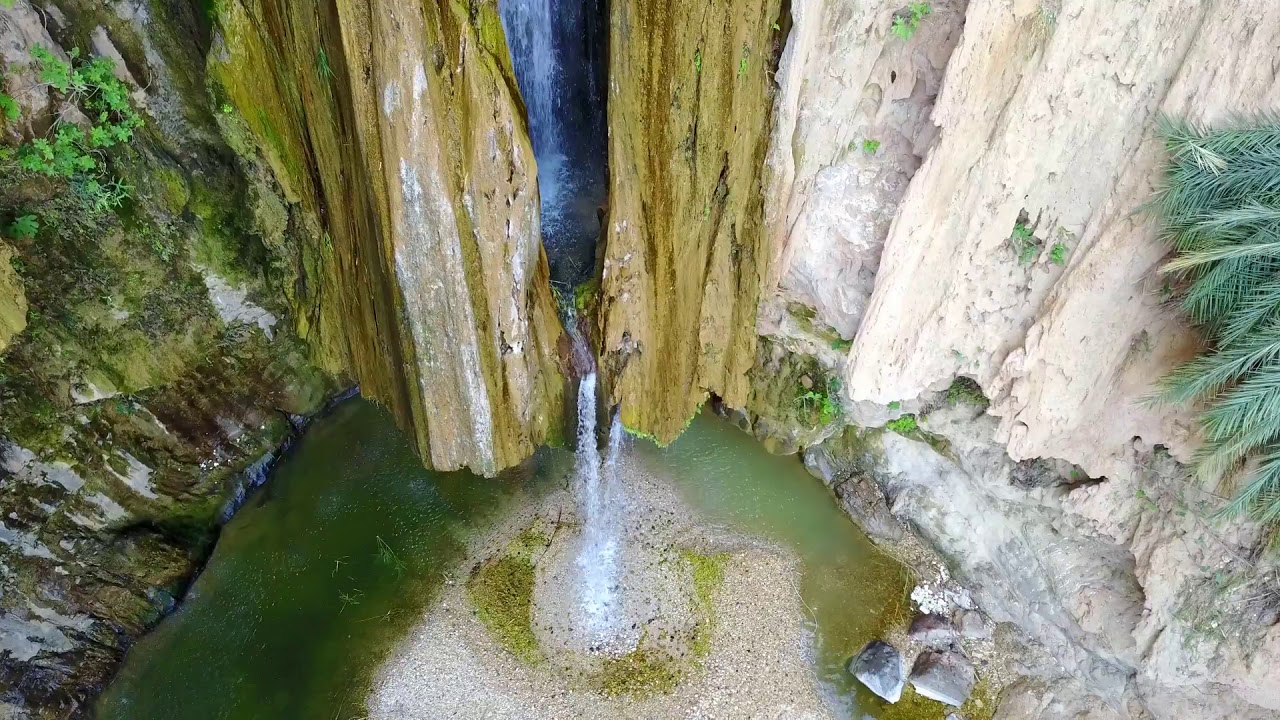 It forms the bottom of the Ma'in spring, which forms the Ma'in Falls. With the water flowing from the dam after about 3 km, and it is worth noting that it was designed as a cement dam, its storage capacity does not exceed 3 million cubic metres, although the collecting basin of the dam has an area of ​​about 86 million cubic metres, and the dam water can be drained through a diameter pipe one metre.

The valley can be divided into three main regions:

On the sides of this valley there is: Ma'in Volcanic Field

It is a field characterised by the presence of seven volcanic eruptions that appear in the form of volcanic peaks or mountains and begin with the Atrouz volcano, and it represents in the local heritage a story that tends to myth more than reality, as it is believed to be a shrine for the jinn, and civilizations and caves have been found. In this volcano, the Neolithic era dates back, and perhaps the largest of these volcanoes is the Mukawar volcano, which is a volcanic mountain located about 7 km horizontally from the popular Mount Mukawar.

It is mentioned that the basalt flows on the fault that constitutes a source of concern and inconvenience not only for the valley but for the whole of Jordan, which is the blue fault of Ma’in. Waterfalls, as the water flows from these springs with a high temperature, exceeding 60 degrees Celsius, and set a record in some seasons, reaching 82 degrees Celsius.

These waterfalls aroused the attention of all civilizations, so they used them for many therapeutic purposes, and these springs were restored, as the Romans dug a tunnel to increase its flow, as it flowed like a river before it branched into three waterfalls, namely:

Perhaps it is appropriate to mention that the people in the past, before the establishment of the hotel or the ponds, used to go to the

valley and stay there for several days through the tents that were provided by the local residents for a symbolic fee.

The large number of flat areas covered with rich soil encouraged citizens to plant many crops, the most important of which are olives, grapes, and other traditional crops such as vegetables, in addition to the crops resulting from the natural succession such as Tarfa and buckthorn trees, and shrubs of ram, wormwood, Qasim and Harmal.

The aesthetics of the valley tempted everyone to visit the valley, especially the seven kilometres after the waterfalls due to the flow of therapeutic hot water.