Located in the north of Jordan with the second largest population in the kingdom, Irbid is a mix of authentic Arabian society with flashes of western influence. Boasting panoramic views of the West Bank and ancient architecture from the Roman era, Irbid tells a tale of its own.

The town was built on successive Early Bronze Age settlements and was possibly the biblical Beth Arbel and the Arbila of the Decapolis, a Hellenistic league of the 1st century BCE through the 2nd century CE. The population of Irbid swelled in the late 19th century, and prior to 1948 it served as a significant centre of transit trade.

Modern Irbid is one of Jordan’s industrial areas as well as an agricultural centre for Jordan’s most fertile region. The many springs in the area, in addition to the Yarmūk River, provide water for the irrigation of crops. 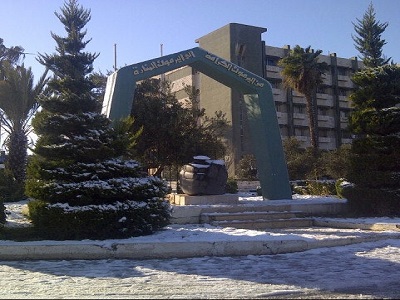 In Irbid, the summers are long, hot, arid, and clear and the winters are cold and mostly clear. Over the course of the year.

The view is stunning and the perfect place for watching the sunset. The food is delicious. An incredible array of food options. The staff are friendly, professional, and helpful. The location is great for exploring the historical site at Pella

One of the best falafel and humus restaurant in Irbid, very comfortable and very good price

Places you May visit in Irbid:

The King's Highway was a trade route of vital importance in the ancient Near East, connecting Africa with Mesopotamia. It ran from Egypt across the Sinai Peninsula to Aqaba, then turned northward across Transjordan, to Damascus and the Euphrates River.

“Mother of Qais” is a town in northern Jordan principally known for its proximity to the ruins of the ancient Gadara. It is the largest city in the Bani Kinanah Department and Irbid Governorate in the extreme northwest of the country, near Jordan's borders with Palestine Territories and Syria. Today, the site is divided into three main areas: the archaeological site (Gadara), the traditional village (Umm Qais), and the modern town of Umm Qais

Dar al-Saraya Museum is located on the archaeological hill of Tell Irbid. It is an old building from the Ottoman period. In 1886, the building was transformed from the ruins of an ancient castle to the seat of the Ottoman ruler. Afterwards, the museum was opened in 2007 by the DoA after a long maintenance, restoration and rehabilitation works. The exhibition consists of several exhibition halls dedicated to present various subjects; the history and landmarks of the city, the mining and industrial hall, the hall of classical times, the hall of carvings, the hall of the Islamic ages, mosaic, and stone sculptures of sarcophagus, gates and capitals.

Irbid city population is around 307,480 based on Worldometer elaboration of the latest United Nations data.