Madaba is an ancient town in Jordan, southwest of the capital Amman. It's known for its 6th-century mosaic map of the Holy Land in the Greek Orthodox Church of St. George. The Madaba Archaeological Park preserves the mosaic-rich Church of the Virgin Mary and artifacts from the Hellenistic, Roman, Byzantine and Islamic eras. Northwest, the biblical hill of Mount Nebo overlooks the Jordan Valley and the Dead Sea.

The history of Madaba goes back to the Middle Bronze Age. Madaba was once a Moabite frontier city, and control of the city changed back and forth between Palestine Territories and Moab, as mentioned in the Misha painting. During its rule by the Roman and Byzantine Empires from the 2nd to the 7th centuries, the city formed part of Provincia Arabia which was established by the Roman Emperor Trajan to replace the Nabateans. Kingdom of Petra.The first evidence of a Christian community in the city, with its own bishop, is found in the works of the Council of Chalcedon in 451.

The resettlement of the city ruins by 90 Arab Christian-convert families ,This period saw the start of archaeological research. This in turn substantially supplemented the scant documentation available.The Catholic Church's list of titular sees uses the spelling "Medaba", traditional in reference to the ancient bishopric centred on this city, while at the same time referring to the modern city as 'Madaba". 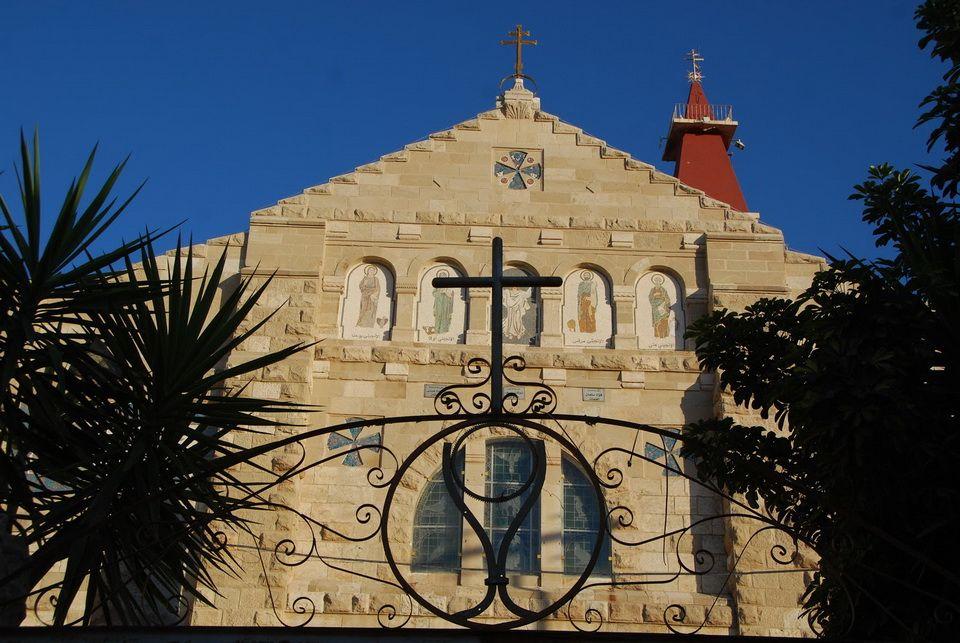 In Madaba , the summers are long, hot, arid, and clear and the winters are cold and mostly clear. Over the course of the year. The hot season lasts for 4.4 months, The cool season lasts for 3.1 months.

I recommend this restaurant for everyone willing to eat traditional Jordanian food with a local taste.

Great place, very tasty food,The atmosphere is amazing specially on off days/off hours when it's not crowded. You'll get to hear the water fountain and enjoy the music so sweet in the background.

The atmosphere of the place is amazing, food is top notch, and the staff is really helpful.

Places you May visit in Madaba

It is a Catholic church built in the early twentieth century on an ancient archaeological site. Admire the church's antique stone facade from a local house, decorated with Corinthian and Roman columns. If you go down into the basement of the church, you can admire a well that operated in the Moab era, more than 3,000 years old. Enter the church to see the visitor center and its display of art and antiquities, or climb to the top of the bell tower for sweeping views of Madaba.

This rather modest 19th-century Greek Orthodox church houses a treasure of early Christianity. Imagine the excitement in 1884 when Christian builders came across the remnants of a Byzantine church on their construction site. Among the rubble, having survived wilful destruction, fire and neglect, the flooring they discovered wasn’t just another mosaic but one with extraordinary significance.

Crafted in AD 560, the map has 157 captions (in Greek) depicting all the major biblical sites of the Middle East, from Egypt to Palestine. It was originally around 15m to 25m long and 6m wide, and once contained more than two million pieces. Although much of the mosaic has been lost, enough remains to sense the complexity of the whole.

located 30 km southeast of Madaba in the Amman Governorate in central Jordan. It was once accessible by branches of the King's Highway, and is situated in the semi-arid steppe region of the Jordanian Desert. The site has been associated with the biblical settlement of Mephaat mentioned in the Book of Jeremiah. The Roman military utilized the site as a strategic garrison, but it was later converted and inhabited by Christian and Islamic communities. In 2004, the site was inscribed as a UNESCO World Heritage Site,and is valued by archaeologists for its extensive ruins dating to the Roman, Byzantine, and early Muslim periods.

The Madaba Archaeological Park was established to preserve and make accessible to the public archaeological remains from Roman times and several valuable Byzantine mosaic floors. It was opened in 1995 and consists of two sections.In this eastern section, the oldest mosaic fragment ever found in Jordan is displayed right at the entrance, shown in an exhibition of mosaics from the region. One of the highlights of Jordan's mosaic art is the floor of the Hippolytus Hall, a rare piece that depicts an ancient myth. Together with the ruins of the round Church of the Virgin Mary, Walking along the preserved portion of a Roman road you reach the mosaics of the Crypt of St. Elianus, as well as the courtyard and buildings of the Madaba Institute for Mosaic Art and Restoration.

Madaba city population is around 82,335 based on Worldometer elaboration of the latest United Nations data.