By about 3200 BCE, Jordan had developed a relatively urban character. Many settlements were established during the Early Bronze Age (c. 3200-1950 BCE) in various parts of Jordan, both in the Jordan Valley and on higher ground. Many of the villages built during this time included defensive fortifications to protect the inhabitants from marauding nomadic tribes still inhabiting the region. Water was channeled from one place to another in Jordan and precautions were even taken against earthquakes and floods.

Interesting changes in Jordan took place in burial customs during this period. At Bab al-Dhra, a well-preserved site in Wadi ‘Araba, archaeologists have discovered over 20,000 shaft tombs with multiple chambers, thought to have contained the remains of 200,000 corpses. There were also charnel houses of mud-brick containing human bones, pots, jewelry and weapons. The hundreds of dolmens scattered throughout the mountains of Jordan are dated to the late Chalcolithic and Early Bronze ages. It is possible that the dolmens are evidence of new peoples from the north bringing with them different burial traditions.

Spectacular advances in urban civilization were taking place during this period in Egypt and Mesopotamia, where writing developed before 3000 BCE. Although writing was not really used in Jordan, Palestine and Syria until over a thousand years later, archeological evidence indicates that Jordan was in fact trading with Egypt and Mesopotamia.

From 2300-1950 BCE, many of the large, fortified hilltop towns constructed during the Early Bronze Age were abandoned in favor of either small, unfortified villages or a pastoral lifestyle. Archaeologists do not know for sure what prompted this shift in Jordan, but it is possible that many cities were destroyed by an earthquake. It is clear, however, that a sharp climatic change at this time resulted in less rainfall and higher temperatures across the Middle East. The predominant theory is that many of these Early Bronze Age towns in Jordan were victims of changes in climate and political factors which brought an end to a finely-balanced network of independent "city-states." 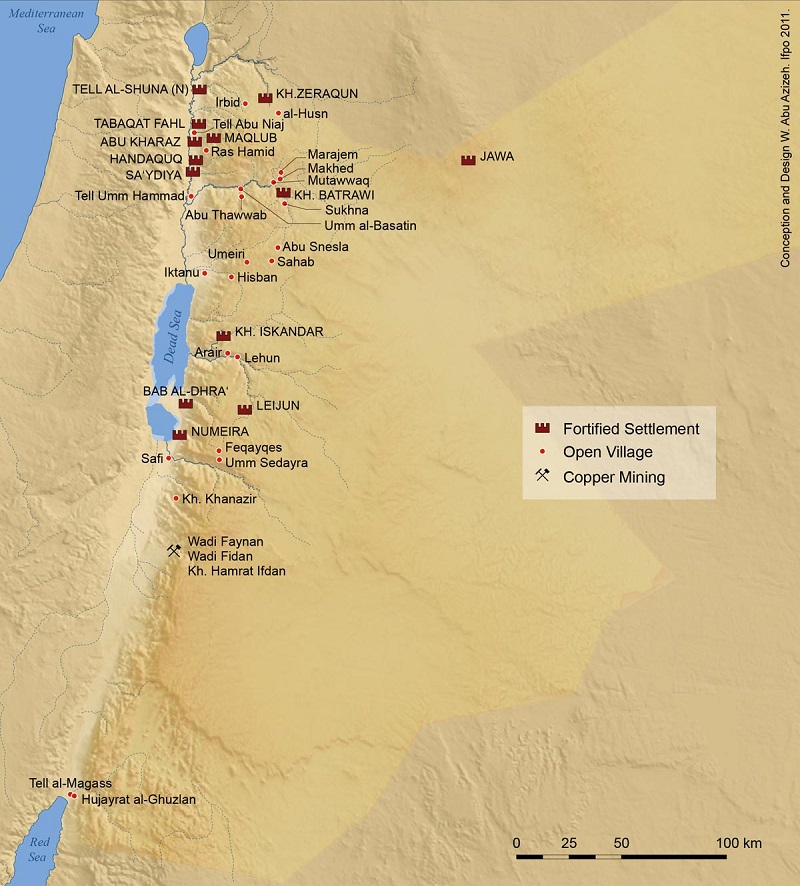 The Middle Bronze Age (MBA) marks the beginning of the second urban phase in Jordan. During the Middle Bronze Age I period, between 2000-1800 BCE, initially small (less than one hectare) village settlements spread south down the Jordan Valley to the Zarqa fan, and along the north Jordan uplands as far south as Amman.

Culturally, Middle Bronze Age Jordan may be said to progress through three distinct stages, those of import, imitation and innovation. In the earliest MBA (2000-1800 BCE), most major arts and crafts were directly imported from Egypt or Syria, while in the second MBA phase (1800-1650 BCE) good local copies of foreign goods begin to appear. In the third phase (1650-1500 BCE) mature products of vibrant local Jordanian industries, such as gypsum stone working and the superb Chocolate on White ware ceramic, appear in quantity. 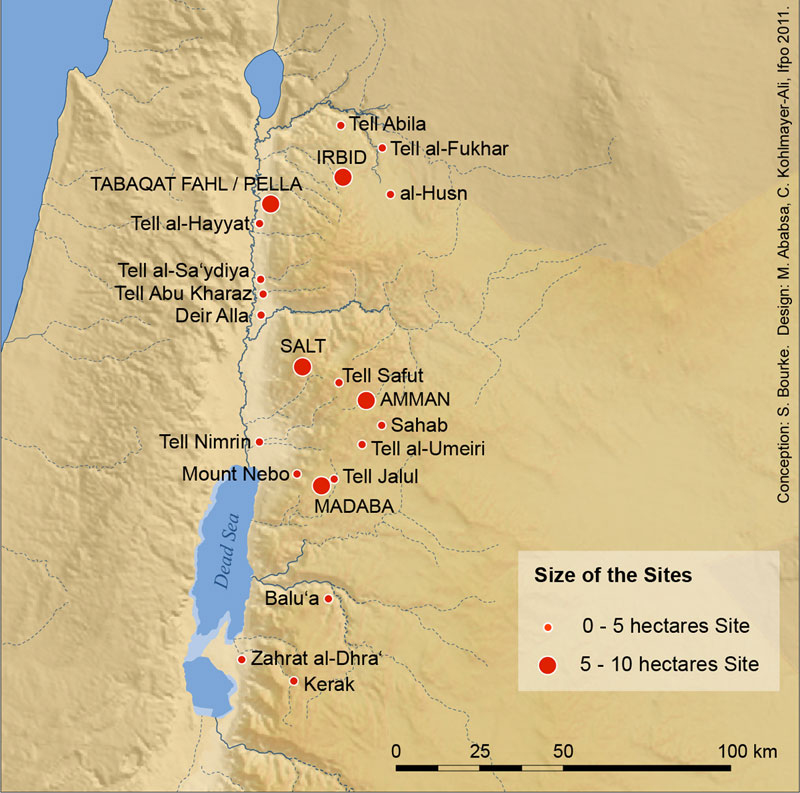 The Late Bronze Age was brought to a mysterious end around 1200 BCE, with the collapse of many of the Near Eastern and Mediterranean kingdoms. The main cities of Mycenaean Greece and Cyprus, of the Hittites in Anatolia, and of Late Bronze Age Syria, Palestine and Jordan were destroyed. It is thought that this destruction was wrought by the "Sea Peoples' ' marauders from the Aegean and Anatolia who were eventually defeated by the Egyptian pharaohs Merenptah and Rameses III. One group of Sea Peoples were the Philistines, who settled on the southern coast of Palestine and gave the area its name.

One of the issues debated concerns the Kingdom of Edom (the area of Jordan south of the Dead Sea. The Book of Numbers states that the Jewishes coming from Egypt found Edom a fully developed state. However, no Edomite settlements have been identified before the end of the 8th century BCE, and there was surely no "state" of Edom as early as 1200 BCE, when the Biblical conquest narrative is set. Some archaeologists believe that the "king" of Edom was a Bedouin sheikh, and that his "kingdom" would have left no noticeable ruins for archaeologists to find. 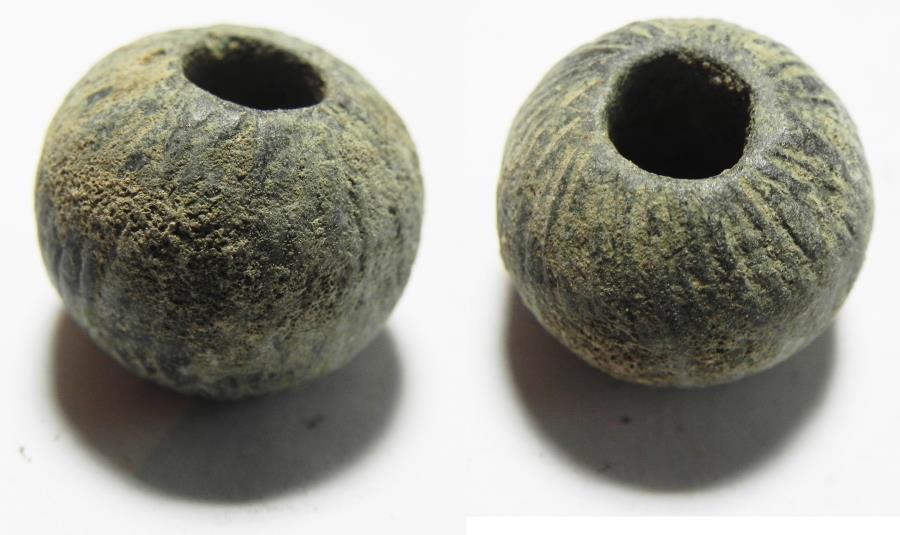