In 1975, RSCN began fencing areas within Shaumari in preparation for the first wildlife protection reserve in Jordan, covering an area of 22 km2. Shaumari Reserve acted as the first model reserve in Jordan’s dry desert climate, providing grounds for learning practical application methods in establishing and managing other reserves around Jordan. It comprises two main topographic features, desert wadis and hammada areas. Desert wadis form around 60% of its total area, the most well-known being Wadi Shaumari, which cuts straight through the heart of the site, giving the reserve its name. Hammada areas occupy the remaining 35%, covering the area with a layer of black flint. Shaumari provides an open location for Jordanian Universities undergoing scientific research on arid and semi-arid areas. 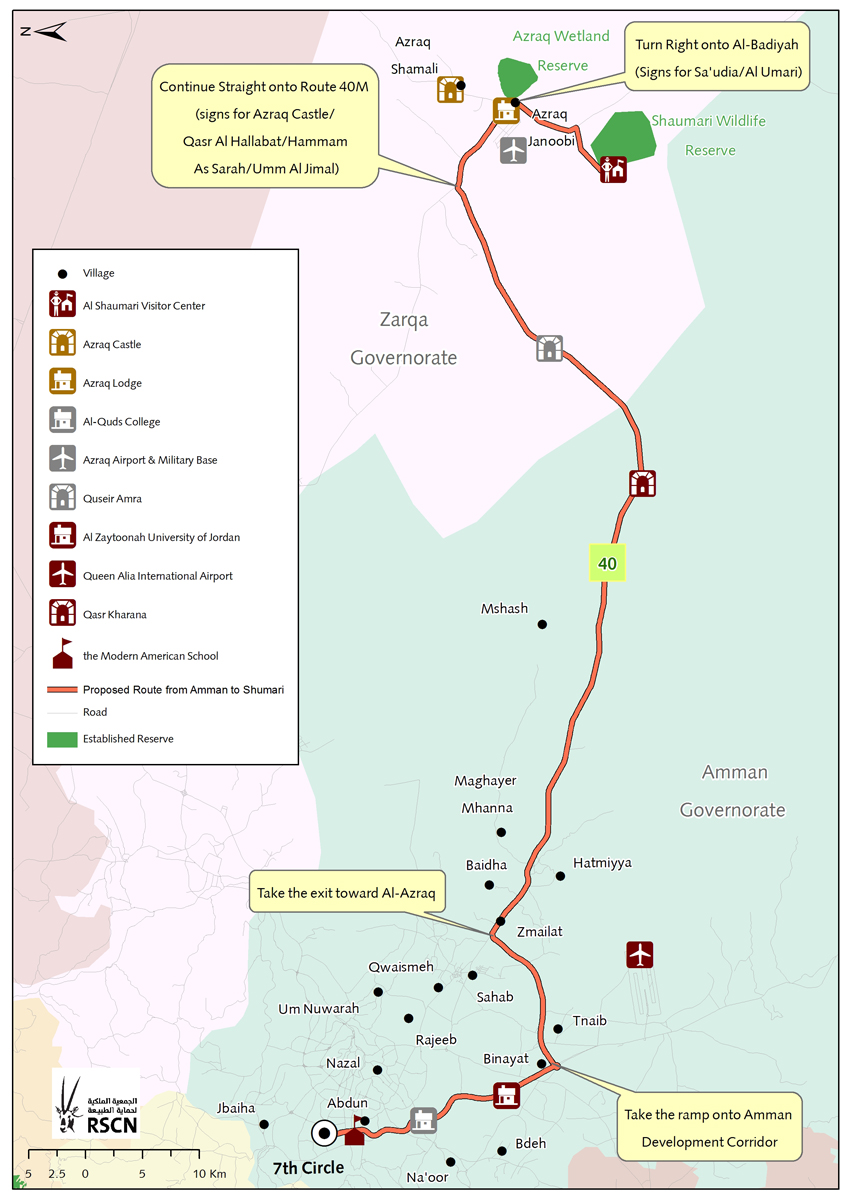 Shaumari Wildlife Reserve was initially created as a breeding centre aiming to breed and reintroduce the globally threatened and locally extinct wildlife and specifically the Arabian Oryx Oryx leucoryx. In 1978, joined by international efforts, RSCN initiated the Arabian Oryx rescue operation after receiving 4 Oryx animals from the Phoenix Zoo, USA, into specially prepared breeding enclosures in Shaumari Reserve, in an attempt to return the Arabian Oryx to its native desert habitat. By 1983, this operation met its first success, after the release of 31 Arabian Oryx from captivity into their native habitats within the reserve.

Shaumari Wildlife Reserve is now home to some of the rarest species of animals in the Middle East, such as Ostriches Struthio camelus, Goitered Gazelles Gazella subgutturosa and Persian Onagers Equus hemionus. RSCN has exerted great effort to help these animals rebuild their populations and reassert their presence within the safety of the reserve, protected from the hunting and habitat destruction that nearly wiped them out. Visitors to Shaumari have an opportunity to see the living results of this global cooperation. The Oryx can often be seen roaming freely in the desert grassland, and the Ostriches, Gazelles, and Onagers can be observed in their enclosures. As a model of environmental education that is suitable for all levels of learners, the reserve has become a popular spot for children and school outings.