Hneifat said that the festival, held at Mecca Mall’s exhibition centre, is in accordance with Royal directives to highlight the manufacturing and agricultural sectors, especially since the olive sector is a leader in this regard, the Jordan News Agency, Petra, reported. 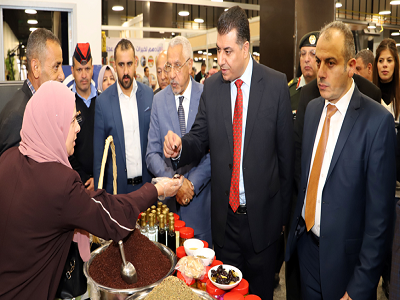 The minister also called for supporting olive farmers and rural families in helping realise sustainable agricultural development goals as they are in consonance with a decision to stop the import of olive oil to maintain the capability and sustainability of Jordanian olive farmers.

He also expressed pride in the National Agricultural Research Centre (NARC), the scientific arm of the ministry, which is entrusted with implementing the outcomes of scientific research, noting that the festival is a model in transforming creative ideas into entrepreneurial projects.

NARC Director General Nizar Haddad commended the role of local and international partners in supporting the goals of the festival through enhancing the steadfastness of farmers and sustaining their production capacity.

He estimated that the volume of investments in the olive sector value more than JD1 billion, including olive mills, production equipment, olive manufacturing and oil packaging.