Umm Qais has been selected as one of the world's “Best Tourism Villages” in 2022 by the United Nations World Tourism Organisation (UNWTO).

The UNWTO announced the “Best Tourism Villages 2022”, where 32 villages were selected from 18 countries across the world.

The Best Tourism Villages project aims to promote and enhance the role of tourism in safeguarding rural villages, along with their landscapes, natural and cultural diversity, knowledge systems, and local values and activities, including gastronomy. 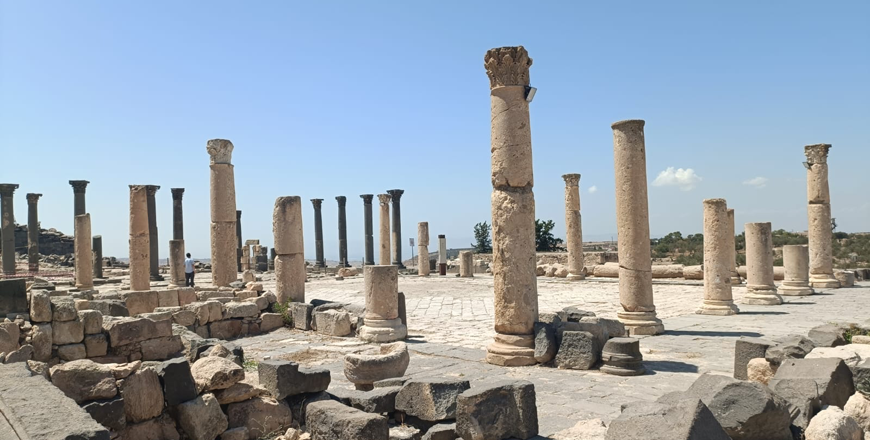 Umm Qais enjoys "unique touristic features", including picturesque scenery. The village is part of the Al Yarmouk Nature Reserve, which is the last natural extension of the deciduous oak forest, the national tree of Jordan. Additionally, the village possesses many perennial trees and rare forms of vegetation, according to the UNTWO website.

Mashael Khasawneh, director of Irbid’s tourism directory told The Jordan Times that Umm Qais’s recognition as one of the best tourism villages in the world was the result of a joint effort that paid-off.

“The local community, the Ministry of Tourism and Antiquities as well as the directorate's workforce deserve recognition for contributing to this success,” Khasawneh stated.

Khasawneh stated that Umm Qais is rich in terms of nature, culture, heritage and historical sites. This success will be reflected on the local community by enhancing tourist footfall, reducing unemployment and boosting economic activity in the village, she added.

“It will also contribute to embracing tourism as a driver for development in the country,” Khasawneh said.

“Umm Qais is rich in heritage due to the presence of the Roman city of Gadara, in addition to many more historical sites,” Khasawneh stated.

Most of the village’s production projects are managed by the local community, said Khasawneh.

Additionally, women play a vital role in the village’s tourism and business sectors. “We have multiple women-led initiatives that provide employment opportunities for locals,” Khasawneh noted.

But for Khasawneh and for Umm Qais, “This is only a jump-start, we are looking for further continued successes,” she said.

Jordan, the Kingdom of Saudi Arabia and Morocco were the only countries in the region to earn spots on the list.