Wadi Himara, and perhaps Hamra, Hamra, or Ain al-Humira, the debate over the origin of the name among the folklore, where it is said that a Bedouin lost a donkey and could not find it, despite the strenuous searches in the path of the valley, and this heritage narrative reaches the limit of myth because the origin in the name is The reddish colour of the rocks, which appear with a thickness of more than five metres in the Permian era, which surprises you by revealing after a distance of tens of metres.

This valley constitutes a unique model for the seven main Dead Sea valleys. 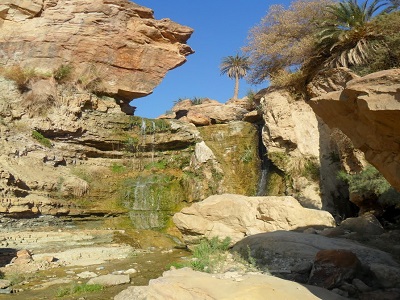 This valley for those coming from the capital, Amman, may represent a target for adventure lovers due to its proximity to the Dead Sea, as after a walk of about three kilometres, and after the hotels area and the Amman tourist beach, the entrance to the spacious valley appears, and on its sides are sandstone edges of beautiful colours that have been dyed by iron oxides. colourful.

walking on the streams of water that flow over the smooth rubble that has been splintered and broken by the water coming from the springs, which were many and have reduced to only six springs, and they come out of the ground in the form of points in which they break and allow the water to run out from their sides.

The water in the four springs of the valley, out of the six springs, is cold water, and the other two springs are hot with a temperature of 40 degrees Celsius.

The rocks that were deposited from cold springs are known as "TOFA", which is synonymous with travertine rocks, which are still strongly enforced whenever they penetrate into the valley. Different boulders range from 1 to 20 metres in diameter. 100 metres in the valley, and this palm, with its large size and many numbers, looks like green gardens hanging at the top of the valley. 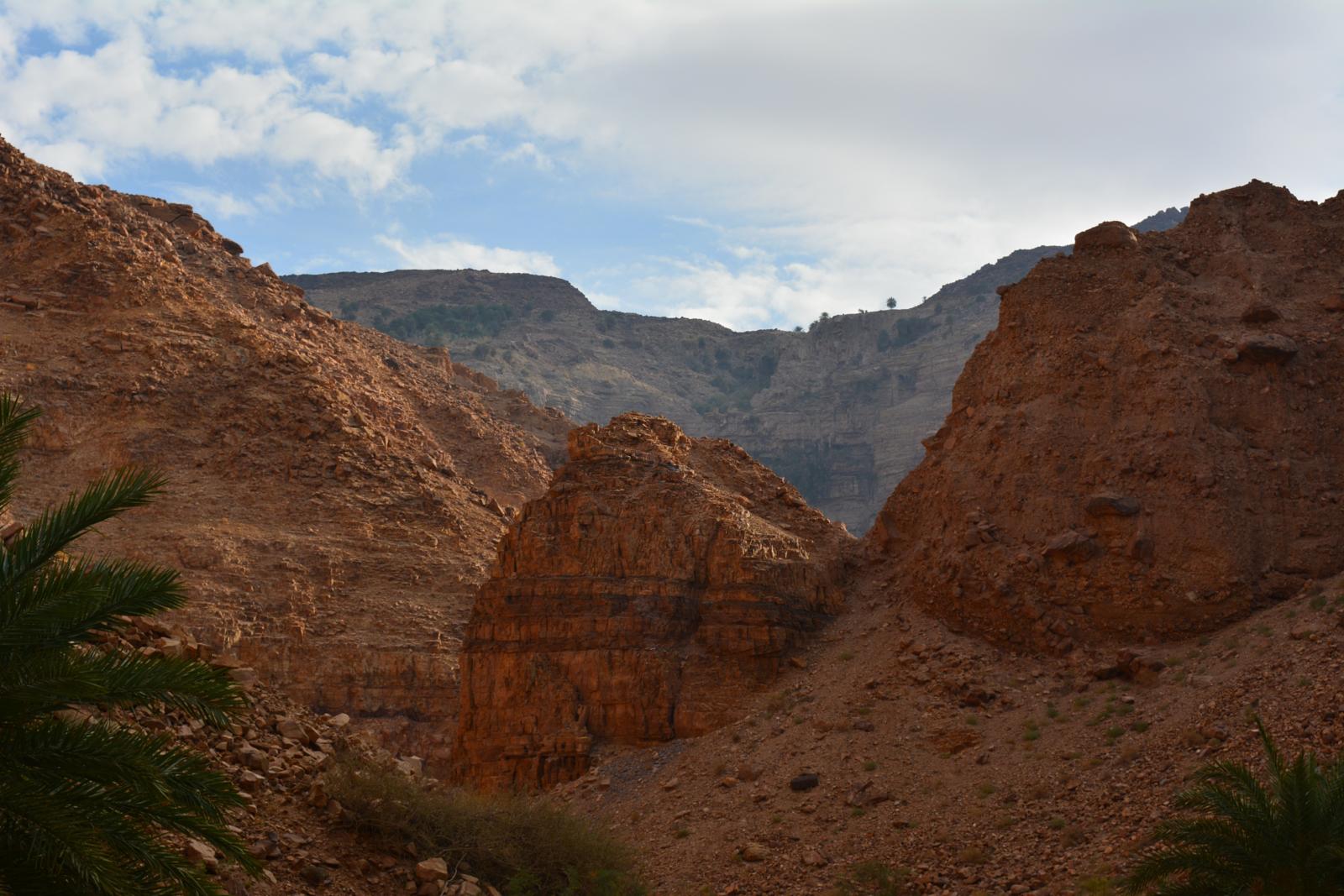 After walking in the valley and overcoming many obstacles, including the shape that resembles the terraces that we see in archaeological cities such as the Amman-Philadelphia amphitheatre, and perhaps the most beautiful views are the group of pools that gathered in the valley, including the giant waterfall pond, which is the highest waterfall in Jordan, and it flows from the panorama road The Dead Sea is 80 metres long. It is one of the wonderful and beautiful waterfalls with low temperatures, and its temperature ranges between 8 to 6 degrees Celsius in summer and winter.

Despite the fracture of the rocks and the emergence of large straits, some of these narrow passages allowed the volcanic rocks to be located in them in the form of vertical incisors of basalt rock, to give a new plastic colour between the red, brown and yellow colours, which are colours that represent the sandy rocks in the valley, and perhaps it is worth mentioning that the valley There are many green frogs and pink-brown crabs, in addition to a beautiful black species.

The density of trees and shrubs, especially those that grow in the spring, tempted many livestock owners to bring their livestock for grazing within the valley area.

The canyon has formations such as semi-circular sides that may force the adventurer to use climbing means to climb to the higher terraced levels, which is why the canyon is a target for rope climbing tourism.

A wadi close to Amman: only a 1 hour drive to admire (from below) the highest waterfall in Jordan, one must admit that it is at least worth thinking about. And for those who want to escape for a few hours from the luxury hotels of the Dead Sea, access to wadi  Himara is less than 10 minutes drive from the hotel zone :-). So think differently, think Nature !

Duration:  2 to 3 hours with your family, including lunch

Difficulty : easy, even if you are with young kids, until you reach a 4 metres high waterfall with a small pool below. very goo condition required afterwards, as there is a knotted rope to climb.

Round: Hard to climb up out of the Wadi- watch out when there are risks of rain, even if this wadi is wide enough not to be too dangerous.