Wadi al-Hasa, is a wadi in western Jordan,It is located between the Karak and Tafilah governorates, known from the Hebrew Bible as the valley and brook of Zered. 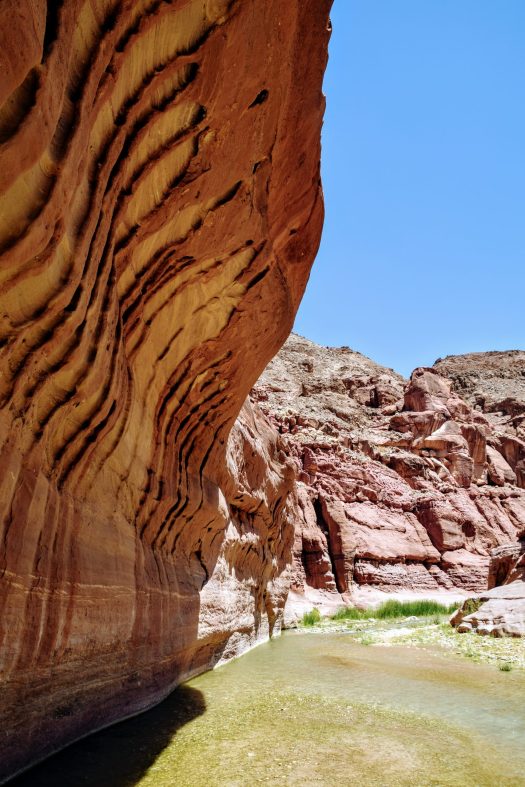 It is one of the longest valleys in Jordan with a length of forty kilometres, and this valley is not satisfied with its love for the water of the springs that exceed 100 springs and springs, which pump millions of cubic metres into its course, but also takes most of the water that collects in the bottoms and valleys in the northern part of Ma’an Governorate, especially Qa-Al Jafr.

Here, it must be clarified that Al-Hassa received several meanings, including: Al-Hassu, which is the diminutive of Al-Hassa, which means the spring of water.This valley is one of the most important and largest giant valleys in Jordan, especially because of its components and the breadth of its basin for more than 2000 km^2, and it is a geopark or geological park that competes with the most beautiful global geological parks such as the Grand Canyon and Waves Canyon in America, and it can be divided into three parts:

And if the valley in its upper part at Al-Hasa rises 825 metres above sea level, then the central part of it starts from a level of 600 metres above sea level, and overlooking from the heights are the towns of Ras, Al-Naima, Shaqira Al-Gharbia and Shaqira Al-Sharqiya, which farmers used the upper basin for agriculture, And they planted many crops such as guava and vegetables such as tomatoes, cucumbers and onions. In addition to rare trees such as albatm, palm trees and arak "miswak" and animals that are almost assumed such as tiger, lynx and deer.

The valley is characterised by the springs of Afra and Barbita in Tafileh, flowing from these towns towards the valley, which runs in beautiful gorges full of water, waterfalls and springs such as Ain al-Leon and Ain al-Zahir, while the central part of it is characterised by straits with smooth vertical walls, and the valley appears in a zigzag shape with many bends.

The valley flows arrogantly in its lower part, and the green cover has become on both sides of the valley in very huge quantities and almost completely, following the paths of the valley, which continues in its flow until it penetrates the town of Ghor al-Safi, where at the end it formed a fertile agricultural delta spread over which farms benefit from the waters of Al-Hasa These crops produce watermelons, and many other varieties, after which the surplus water flows into the Dead Sea. 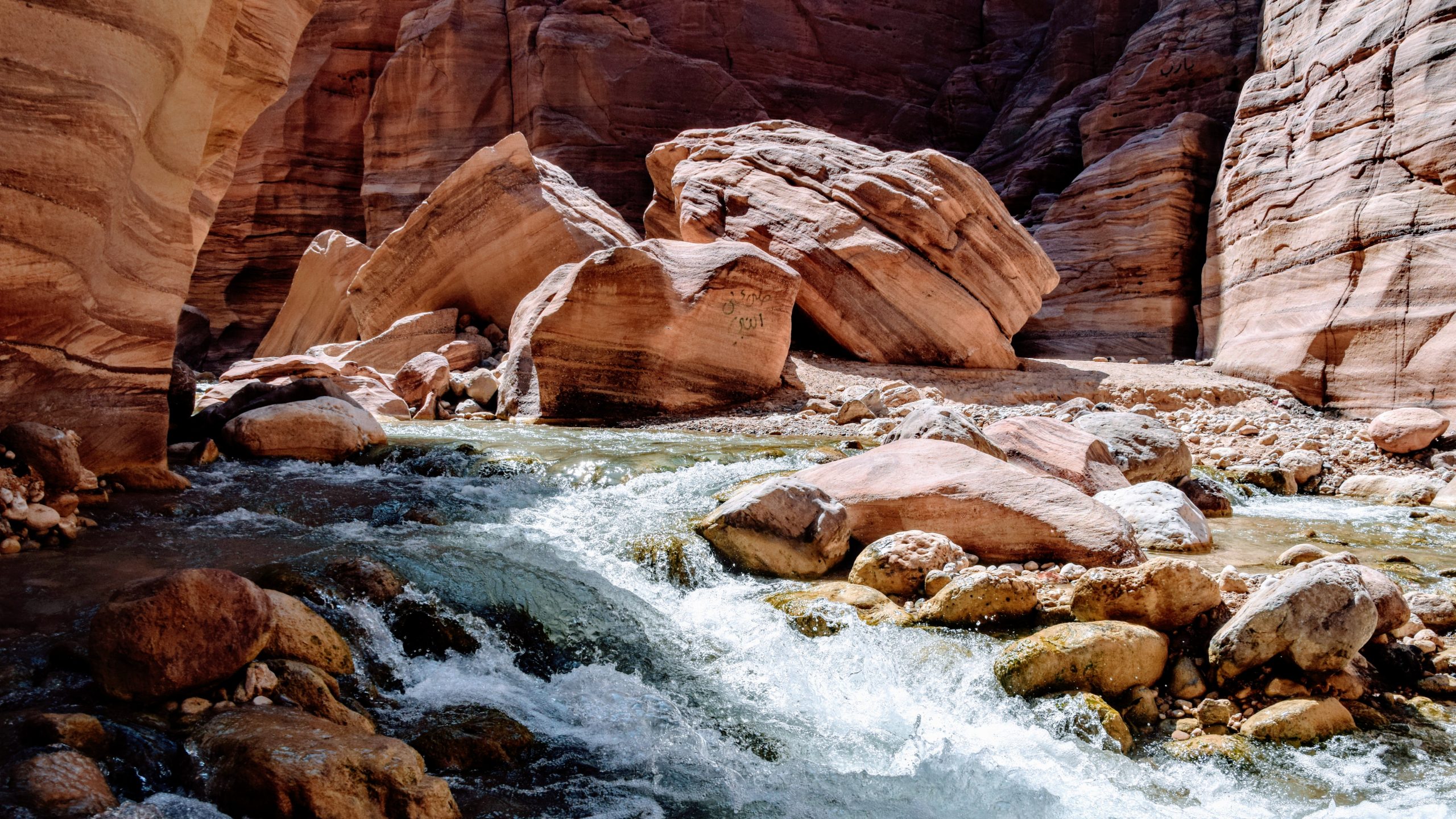 The valley has been the target of settlement since the beginning of human times, but the historical peak period was during the kingdom of the Edomites, who made “Basira” in the Tafila governorate their capital about four thousand years ago, and their kingdom was adjacent to the kingdom of Moab, which reached its climax in the ninth century BC, and represented Wadi Al-Hasa is the boundary between the kingdoms of Edom and Moab, and it is mentioned that the Nabatean Arabs succeeded the Edomites in their kingdom.

The upper valley that starts from Liwa al-Ahsa towards Jabal al-Tanoor with a march of more than five kilometres. However, the scientific investigation showed that it was a volcano that erupted and erupted in this area before the flood of our master Noah, peace be upon him, which was mentioned in the Holy Qur’an millions of years ago, and next to this volcano there is a dam called the Tannour Dam, which was built to store 9 million cubic metres in 2003 AD, and it was there And it works efficiently. since its inception.

Wadi is a unique phenomenon that contains all the environmental, geological and archaeological components, and it has been linked to a large archaeological record such as Al-Hasa Castle and the biography of Al-Farwa bin Amr Al-Jazami, the first martyr in Islam. He carried a message from the Prophet Muhammad, may God bless him and grant him peace, to the Roman Caesar at the time, and refused to abandon Islam.

Wadi Al-Hasa starts from a rocky formation rich in phosphate rocks, which was the basis of the economy in Jordan. Like gneiss and schist, they are called shield or base rocks, and their age in Jordan is about one billion years, and they are stones that can be used in construction and decorative stones.

Accessibility: easy to get from the Dead Sea Highway, later only walking

Difficulty: moderate, slippery stones, some climbing, hot weather. Not suitable for children under 6 years, I would assume.