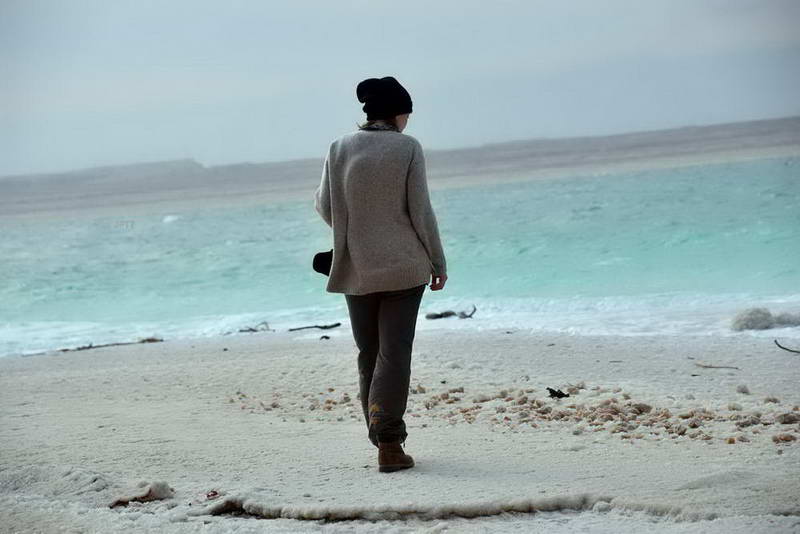 Dead Sea is another unique area that you can access from Jordan. It is not only unique because of its high density salts which allows anyone to float on the water; but because it is the lowest point on earth as well.

With us, you can enjoy a memorable dead sea holiday tour. Your full day trip to the Dead Sea starts from Amman (if one to three persons, then in a Modern Sedan vehicle or we use an H1 van for accommodating four to seven persons).

The oldest and most famous floor, the Mosaic Map, was discovered in 1884 in the Greek Orthodox Church of St. George. It was originally laid in 560 AD. Centering on Jerusalem, the map portrays the region with accuracy and humor. Archeologists have been able to positively identify most of the 150 named sites due to the accurate portrayals of natural features such as the River Jordan or the Dead Sea, as well as the labels, which used color and font size to indicate the importance of the sites

In the Bible, Mount Nebo is mentioned as the place where Moses was granted a view of the Promised Land that he would never enter. You can enjoy the view from the summit that provides a panorama of the Holy Land and the valley of the River Jordan. From the summit, the West Bank City of Jericho and Jerusalem are visible on a very clear day. You will get an opportunity to explore Mount Nebo on a full day trip to the Dead Sea.

This option is NOT possible during winter time due to short daylight.

On your Dead Sea holiday tour, you will get a chance to explore this trail that starts at the Visitor Center near the Mujib Bridge. Here you will explore the cantilevered walkway over the dam and then follow the course of the river between the towering sandstone cliffs to the base of a large waterfall. It is found that depending on seasonal rainfall levels, small ponds are formed in the gorges that are deep enough for swimming. This place is ideal for slowly walking and enjoying the cool water and shade (especially in the heat of summer).

Mujib Siq Trail is usually open starting from 1 April till the end of March every year (Depending on the rain season and level , sometimes it can be closed for days even during the opening period based on rain level ).

The Dead Sea hotels and beach area is around 50km away from Amman city, you could use one the hotels beaches , and This gives affordable access to the Dead Sea. The grounds of the Dead Sea are attractively landscaped and the beach is pristine in condition with sun umbrellas, a vibrant local flavor, and freshwater showers. You can strike up a conversation with a Jordanian family at this place. Here you can find a number of swimming pools, a restaurant and some gift shops as well.

Mount Nebo was inhabited since remote antiquity. However, it’s real fame derived from the biblical event that occurred upon it as described in the Book of Deuteronomy 34: the death of Prophet Moses, who climbed this holy mountain at the end of his life to see the promised land:

“Then Moses went up from the lowlands of Moab to Mount Nebo, to the top of Pisgah, eastwards from Jericho. And the Lord showed him the whole land…There in the land of Moab Moses the servant of the lord died, as the lord had said .He was buried in a valley in Moab opposite Beth-Peor ; but to this day no one knows his burial –place”

Mount Nebo rises from the Trans Jordanian plateau 7 km(4 miles) west of the city of Madaba . It is bounded on the east by the Wadi Afrit, on the north by the Wadi “Uyun Musa, on the south by the Wadi al-Judaydah which extends into the Wadi al-Kanisah .Mount Nebo’s highest crest reaches an altitude of 800 m above sea level. The other peaks are lightly lower. Of these, the two most historically important are the western peak of Siyagha with the al-Mukhayyat, identified with the Town of Nebo , In 1932 the Custody of the Terra Sancta succeeded in purchasing the spur of Siyagha and that of al-Mukhayyat

After 60 years of work ,the best result of the Franciscan work in the mountain is the wealth of mosaic floors discovered .On mount Nebo , in the sanctuary of Moses and the surrounding monastic buildings atop Siyagha, in the churches of the village of Khirbat Al-Mukhayyat ,and the valleys of “Uyun Musa and “Ayn Al-Kanisah ,there have been preserved a concentration of mosaic works which are fundamental to understanding the development of Byzantine –Umayyad mosaic art in the territory of Madaba from the IVth to the second half of the VIIIth  century .

These are a precious archive for the history of the Christian community of the diocese of Madaba and of the monastic presence on the mountain. The name of 8 mosaicists who worked in the sanctuary of Moses, in the village and in the valleys, add another worthwhile detail to this rich historic-artistic documentation.

We owe the first testimony for the presence of colony of monks on Mount Nebo to the pilgrim Egeria. She related her encounter with the ascetic monks who lived in cells close to the Spring of Moses in the “Uyun Musa valley.

Chronologically, the monastic presence extends from the second half of the Fourth century to the Ninth-Tenth century. The inscriptions attest the different forms of monastic life experienced on the mountain ranging from the coenobitic life in the major monastery at Siyagha to the more rigid ascetic lives as attested by the inscriptions brought to light in the small Theotokos monastery in the Wadi “Ayn al-Kanisah

The Greek inscription with the four Rivers of Paradise in the corners (Ghion, Fison, Tigers and Euphrates) reads: “By the providence of God this venerable monastery of the holy Mother of God was rebuilt , in the days of Job , bishop of Madaba ,and of George the recluse , for the preservation of all the benefactors, in diction 15, year 6270 (762 A.D).