When you hear about the Valley of the Moon or the Red Mars in the world, the first site that will blow your mind is "Wadi Rum". These names are the most popular names of Wadi Rum. The valley is cut into the golden sandstones and granite rock south of Jordan 60 km to the east of Aqaba; and it is the largest valley in Jordan.

The name Rum most likely comes from an Aramaic root meaning 'high' or 'elevated'.To reflect its proper Arabic pronunciation, archaeologists transcribe it as Wadi Ramm .

This series of valleys covered in softly colored sand, punctuated by huge, imposing, fantastically shaped jebels, is one of the most memorable destinations in Jordan, and has been so since the dawn of time. Deep in the valleys, far from any visible human habitation, it is possible to believe that nothing has ch 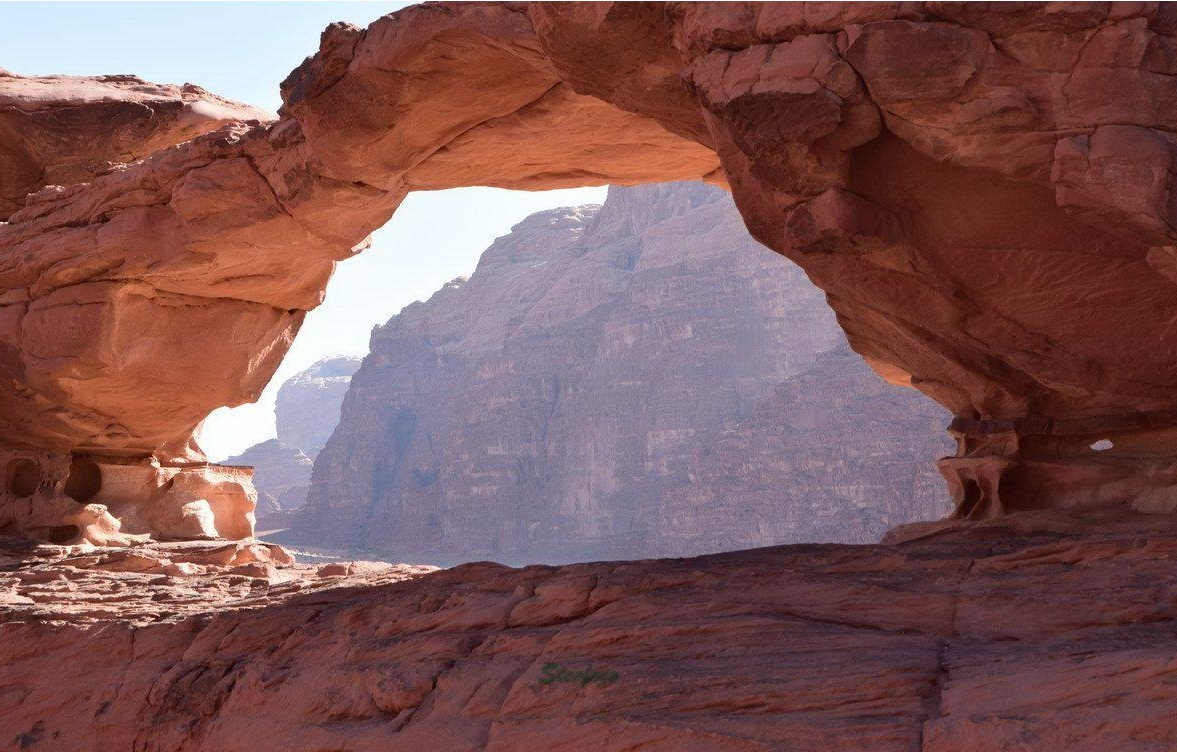 anged in the Valley since the beginnings of human habitation, approximately 800 Be. T.E. Lawrence, the legendary Lawrence of Arabia, came here many times, both in his pursuit of success during the Great Arab Revolt of 1917-1918, but also because he found solace in the isolation of Wadi Rum. Rum still rewards visitors today with peace and unceasing beauty. It is like a piece of heaven on earth with its quietness.

The magnificence of Rum lies primarily in its amazing geology. The same tectonic forces which created the Great Rift Valley, which extend from Turkey through the Jordan Valley and Wadi Arabah into the Red Sea, sculpted Wadi Rum, forming layers of sandstone and granite into giant, twisted assortments. The fault lines in Rum generally lie NNE-SSW, parallel to those in Wadi Arabah, but they are cut by counter faults which lie NE-SW, NW­SE, E-W and N-S. Jebel Rum, the highest second-highest point in Jordan, is 1,754 meters above sea level, looking warily at Jebel Umm Ishreen across the wadi, standing only one meter less at 1,753 meters above sea level.

What is astonishing and fascinating is the geologic history of Rum which is carved and remains on the sandstone strata of the Jebels because Underneath the floors of the Wadi there is pre-Cambrian granite, created two billion years ago. Red is Cambrian, pale grey is Ordovician, and whitish is Silurian. Separating them are layers of quartz, shale and conglomerates. The weather has played a big role in shaping them, creating formations like birthday cakes, mushrooms, melting wax, archways and even one that looks like a giant face in profile. The springs that appear throughout Wadi Rum were created when ancient rainfall permeated the sandstone, was stopped by the granite, and found tiny fissures to form pools.

Paleolithic man lived in Wadi Rum, taking advantage of the abundant wildlife and the plentiful springs. Their lifestyle of wandering and moving continuously was the reason to introduce agriculture and animal husbandry which became later on the Neolithic lifestyle. The Nabateans made Wadi Rum one of their major settlements outside of Petra. They built three dams in the area, and the remains of their aqueducts are still visible in certain locations. Other visitors to the area left their marks in messages scrawled on the rocks, ranging from Nabatean script to Minaean commentary. The Thamuds, a tribe from Saudi Arabia, left the largest number of inscriptions, from signatures to religious exhortations to messages of love. 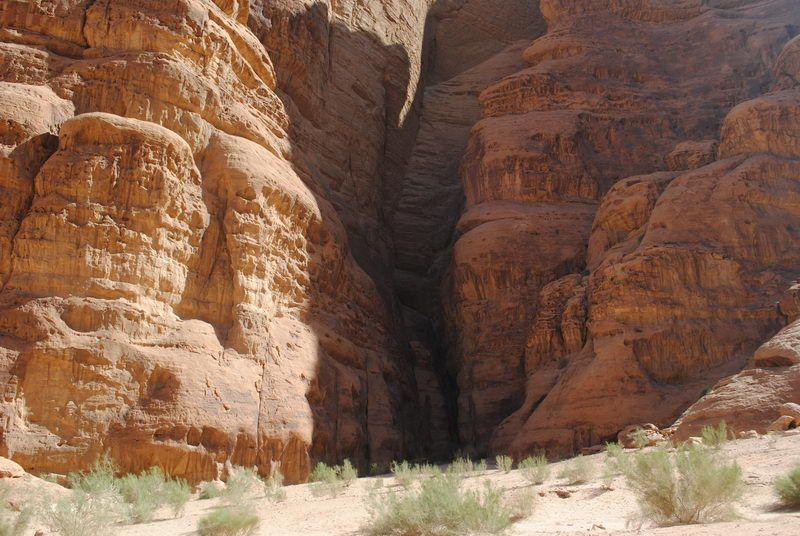 The first mention of Wadi Rum was possibly as "Aramaua" in Ptolemeus' Geography. It is referred to as "Ad" in the Koran, according to some scholars. Wadi Rum was popular with travelers because of its abundance of food and water, making travel and trading easier that period, as well as its proximity to Petra, by far the largest urban center in the region. T.E. Lawrence took advantage of these same characteristics during the Great Arab Revolt, during guerilla attacks on the Hejaz Railway.

Wadi Rum Jordan 24 While wildlife populations have decreased over the years, patient visitors can still find animals and birds. Many animals are nocturnal, such as the hyrax, fennec foxes, gerbils and the Arabian sand cat. Ibex and gazelle herds still exist, and oryx have been reintroduced into Rum through the RSCN breeding program at Shaumari Reserve. In the evenings, it is possible to hear the musical howls of wolves. Vultures and eagles, as well as the smaller Sinai rose finches and crested larks, populate the area, as well as the ubiquitous snakes, scorpions, and camel spiders.

Wadi Rum is considered today a great site to film movies, and alot of directors take it as a fascinating location for Fantazia and science fiction movies. The similar features to the Mars of the Red Colors sands, one of the best films, had been filmed on Rum “the Martian'.

Wadi Rum visit is covered with the following Tours