The Neolithic period is when people began the enormous process of change from relying on wild resources to manipulating and domesticating their world, the foundation on which all 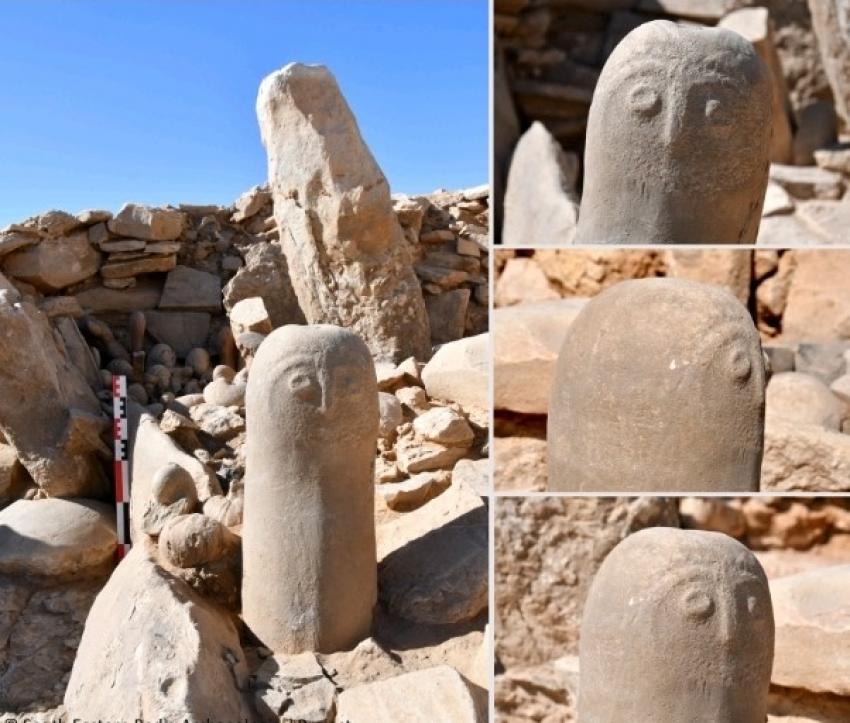 later civilizations are built. Jordan is one of the key places where these changes occurred. Some of the most visible changes that occurred were in the nature of settlements and their position in the landscape.

During the Neolithic period or New Stone Age in Jordan, three great shifts took place in the land now known as Jordan. First, people settled down to community life in small villages. This corresponded to the introduction of new food sources-such as cereal agriculture, domesticated peas and lentils, and the newly-widespread practice of goat herding- into the diet of Neolithic man. The combination of settled life and "food security" prompted a rise in population which reached into the tens of thousands.

The second basic shift in settlement patterns was prompted by the changing weather of the eastern desert. The area grew warmer and drier, gradually becoming virtually uninhabitable throughout much of the year. The distinction between the desert to the east and the "sown" areas to the west dates back to this watershed climatic change, which is believed to have occurred from around 6500-5500 BCE. 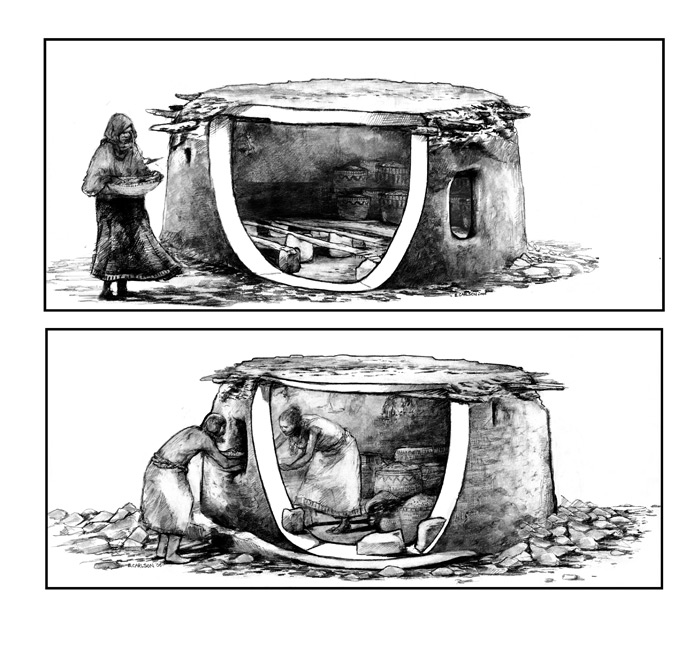 The most significant development of the late Neolithic period, from about 5500-4500 BCE, was the making of pottery. Earlier attempts to fashion pottery from plaster have been discovered, but it was during the late Neolithic period that man began to systematically create vessels from clay. It is likely that pottery-making was introduced to the area from craftsmen arriving from the seminal civilizations developing to the northeast, in Mesopotamia.

The largest Neolithic site in Jordan is at Ein Ghazal in Amman. It consists of a large number of buildings, which were divided into three distinct districts. The houses were rectangular

with several rooms, and some of them had plastered floors. The stone tower and walls found at Jericho show that defense was a consideration for Neolithic villages, as well. It seems as though Neolithic man practiced ancestor veneration, as archaeologists have unearthed skulls covered with plaster and with bitumen in the eye sockets at sites throughout Jordan (Ein Ghazal and Beidha), Palestine and Syria. Recently, archaeologists finished restoring what may be one of the world's oldest statues. The relic, which was found at Ein Ghazal, is thought to be 8000 years old. The statue is just over one meter high and is of a woman with huge eyes, skinny arms, knobby knees and carefully depicted toes.

Discovery of the Oldest Human Architectural Model in the World

The Jordan Minister of Tourism and Antiquities, announced on 22 Feb 2022 from Amman the discovery by a joint Jordanian-French 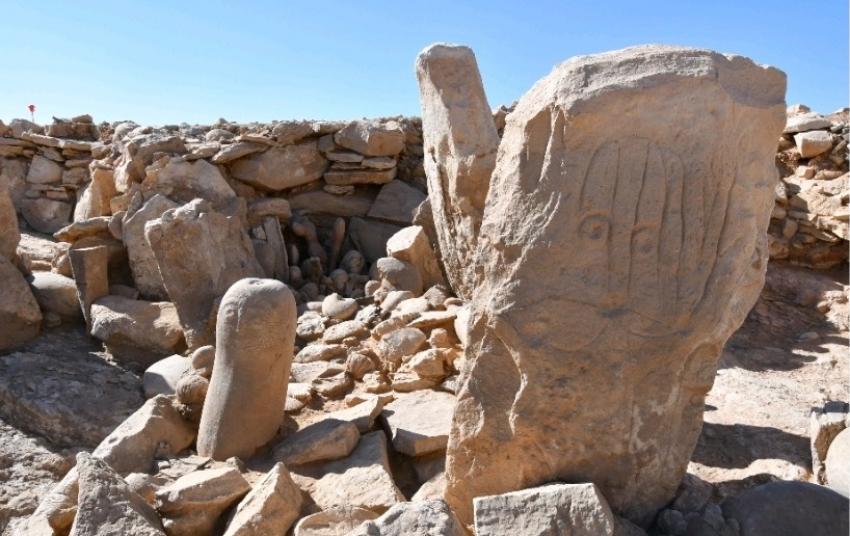 scientific team of archaeologists of a unique facility in the world linked to the practice of religious rituals in the southeastern Badiya region in the Khashabiyeh Mountains in Jafr - Ma’an area.

Thefacility consists of the oldest architectural model in the world and the oldest plan of stone traps dating back to 7000 BC "the Neolithic period". It also contains two stones erected on human forms close to the natural size of humans.

The discovery dates back to a new culture called the Ghassanian culture, which is the culture of the hunter-gatherer community during the Neolithic period, who practiced collective hunting for deer using huge stone traps.The team  also discovered camps for this culture near the stone traps, as these camps indicate many evidences related to mass hunting that was taking place in Jordan during that period of time.