Established in 1987, Ajloun Forest Reserve covers an area of 12 km2 located in the Ajloun highlands north of Amman. It consists of Mediterranean-like hill country, ranging from 600 - 1100 m above sea level, with a series of small and medium winding valleys. It is dominated by open woodlands of Evergreen Oak, Pine, Carob, Wild Pistachio and Wild Strawberry trees. These trees have been important to local people for their wood, scenic beauty, and quite often for medicine and food. The reserve consists of rolling hills in a Mediterranean-like environment, covered in evergreen oaks, as well as strawberry and pistachio trees, among others. Stone martens, jackals, red foxes, striped hyenas, Persian squirrels, porcupines, and wolves inhabit this area. Privately owned lands surrounding the reserve pose threats, including illegitimate access to the reserve, resulting in illegal hunting, woodcutting, and grazing. Cooperation with local inhabitants has resulted in increased awareness in the community regarding the preservation of the forest.

After the reserves establishment, RSCN initiated a captive breeding program aiming to reintroduce the locally extinct Roe Deer Capreolus capreolus. The Roe Deer is adapted to forest habitats, and feeds on a variety of trees, shrubs and grasses. The rich forests that covered the Ajloun area once provided an ideal habitat for this noble creature, but deforestation over the past 200 years led to the extinction of the Roe Deer in Jordan. Since launching its captive breeding program at Ajloun Forest Reserve in 1998, RSCN has managed to release a number of Roe Deer into the reserve, where they have continued to grow within their natural habitat.

The Ajloun area has a long history of human settlement, due to its mild climate, dense forests, and fertile soil. This rich history is reflected in the many archaeological ruins scattered in the woodlands and surrounding villages. The reserve itself supports a wide variety of wild plants and animals and is a peaceful place to relax and enjoy nature. Among the more unusual animals to be found in the Reserve are the Striped Hyena, Crested Porcupine and Stone Marten. In spring, the reserve is a carpet of wildflowers, including drifts of anemones and rockroses.

The Royal Academy for Nature Conservation

His Majesty King Abdullah II laid the foun­dation stone of a specialised Academy for training on the protection of nature and sustainable development near Ajloun Forest Reserve in 2010, and HRH Crown Prince Hussein inaugurated in 2015. The academy is “the first centre in the Arab world” specialised in offering training on nature conservation.

Ajloun Forest Reserve has one of the most effective outreach and public awareness programs among Jordan’s nature reserves. This has led to the raised awareness of the local communities inhabiting the area, emphasising the importance of the reserve and its maintenance. For this reason, RSCN has managed to establish several initiatives of cooperation between the reserve and the people living around the reserve. 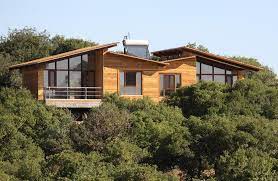 The Soap House is located at the Royal Academy for the Conservation of Nature, where local women use a variety of local ingredients, including lavender, geranium, mint and pomegranate, to create high-quality handmade natural olive oil soaps named Orjan Soap.

The soaps are all produced using pure olive oil, combined with other natural oils, plant extracts and pure essential oils. Olive oil soap has numerous healing benefits for the skin; it is an ultra-moisturizing and mild soap that promotes a youthful natural glow through its ability to soften, hydrate and revitalise the skin. Olive oil soap is also rich in vitamin E and antioxidants. Consequently, this soap is extremely gentle when used to cleanse and refresh the skin.

All Orjan Soaps are natural and made with at least 90% pure olive oil. This soap is used for all skin types. No artificial colours, no chemicals or fragrances are added to the soap to ensure an eco-friendly process, making it safer for you and for our environment.

The Biscuit House is currently owned and managed by local community women under a newly adopted community engagement model, where the women are transformed from traditional employees to actual local community entrepreneurs. Under this model, RSCN hopes to further build the capacity of those communities, providing them with the necessary know-how to manage and sustain their own income generating projects.

The Biscuit House was originally funded through Hanns-Seidel-Stiftung and managed by the Royal Society for the Conservation of Nature for five years. Upon the House’s proven success, it was handed over to local community women as of September 2014. The women continue the production of RSCN Jordanian Delights products, branded Tasali.

The House of Calligraphy

Learn about the six most famous types of Arabic calligraphy and practice drawing your name in your favourite style. The House of Calligraphy promotes dialogue between cultures and allows the visitor to be enchanted by the beauty of the Arabic language. You can also personalise your own postcard or frame to take back home as a souvenir while also supporting income generating activities for the local community women