Integrated ecosystem management in Jordan (Rift Valley) has established a number of natural reserves along the valley. Fifa Nature Reserve has been established within this project, which follows the programme of The Royal Society for the Conservation of Nature. Fifa was declared a reserve on 13-7-2011, and is located in the southwest of the Hashemite Kingdom of Jordan. It is 140 km south of Amman and its western border is the international border between Jordan and The West Bank. Fifa Nature Reserve covers an area of 13 km². It stretches from the Chatters area in the north to the Khnezira area in the south. The lowermost point of the reserve is 420 m below sea level. 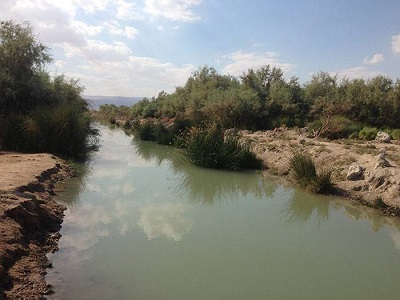 Fifa Nature Reserve is home to two important plant patterns: the salt plant pattern and the tropical plant pattern. As well as these the reserve protects seven endangered plant and animal species, such as the Arak plant, lynx and hyena. Sudanese characteristics prevail throughout the reserve with its semi- desert system and high temperatures. The biodiversity of the flora and fauna has been able to survive the difficult conditions. The reserve is home to 4% of all plant species and 8% of the animal species in Jordan.

In April 2017, the reserve was designated as the world’s lowest elevation Ramsar Site, lying at 426 metres below sea level.  The reserve supports the endemic Richardson’s Killifish Aphanius richardsoni This species was common and widely distributed in both northern and southern parts of Dead Sea at both western and eastern sides. In the past two decades, the species range of distribution shrank severely, and became limited to Fifa and its surrounding and the vulnerable dabb lizard (Uromastyx aegyptia). It is considered an important habitat for many rare and endangered birds at the local and regional level, including the Nubian Nightjar (Caprimulgus nubicus) the reserve is considered as one of the important site for this species in the western palaearctic , its nocturnal bird characterised by its large eyes and big mouth opening that enable it to hunt easily at night and Dead Sea Sparrow (Passer moabites) very large numbers of migrant birds pass through the area in spring and autumn.