Shobak Castle, which is also known as the (Montreal), is part of the great beacon chain of Crusader fortresses. Shobak castle was built by Baldwin I, the one who built Karak castle after Shobak castle. Located on an isolated hill overlooking on the trade routes that run through the wadi below, Shobak is fascinating.

The original entrance of Shobak Castle is through a dog-legged triple gate. Above the entrance there is the Crusader Church, with strategic views of the old village. Although the main water source was the spring at the hillside, many wells were found within the castle walls. The most treasured of this site is the secret passage of over 350 steps that goes down to the spring, ensuring that during times of siege, the castle would have access to adequate supplies of freshwater. Baldwin l's court, a large room with antechambers running around it, has been partially reconstructed. Other rooms hold olive presses and a second church. It is still possible to see the cisterns, baths and pipes for harvesting rainwater. 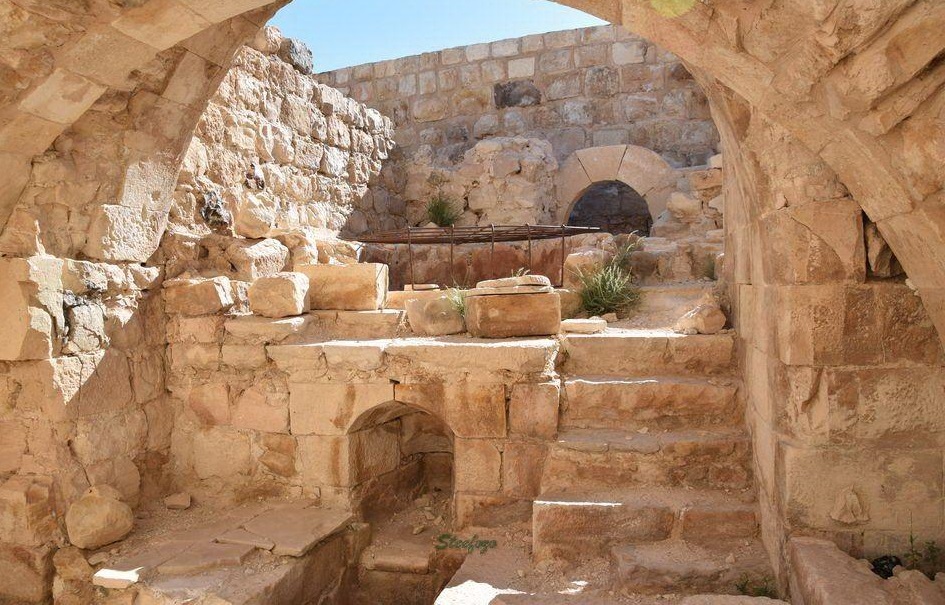 After the Shobak fell to Saladin in 1189, the importance of the castle diminished, and it didn't play a historical role after the end of the Crusaders. In the 13th & 14th the Mamluks took the castle and renovated it. Many of the external walls now feature beautiful Kufic and Quranic inscriptions. The Mamluks built a watchtower and used the court as a school.

Below the castle is a shrine to Abu Suleiman al-Dirany.Women always come and leave handprints in Henna to pray for children and for the sick to become well. Some experts believe that the shrine was built by the Mamluks.

Shobak's daunting position made it a strong sentinel during the 12th century. The visible bones of the castle provide a startling insight into its anatomy, both as a Crusader castle and as a Mamluk edifice. Today, it is a wonderful, romantic destination. The tranquility of the site,its magnificent views and the strategic location on an isolated hill allow for peaceful reflection.

Shobak Castle (Montreal) visit is covered with the following Tours