The recent “rural turn” in Islamic archaeology is nowhere more evident than in the rapidly growing interest in the Middle Islamic period in Jordan. The 13th-14th centuries CE is a rich time culturally and historically. Having documented the Mamluk-era phases of construction and reuse of castle sites, archaeologists are now turning to the extensive archaeological remains of rural settlements to reconstruct daily life in small communities. As most of what stands above ground is Mamluk in date, and the Citadel and village houses are quite well preserved, the site of Tall Ḥisbān, located 20 km south of Amman, has become the type-site of this period in Jordan (Fig. 1). 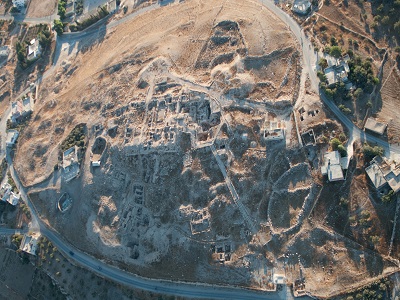 This lecture summarised the rather surprising results of the last two decades of fieldwork at this site, and what light they shed on such issues as rural revival, peasant migration, agrarian knowledge and crafts, family life, and the relationship between Jordanian villages and the Mamluk state. It focused on three themes: archaeological evidence of rural revival in the 13th and 14th centuries, daily life in a 14th-century village, and the nature of settlement and rural decline from the late mediaeval era.

The Emergency of a “Mamluk Archaeology”

The growing popularity of the archaeology of the Mamluk period in Jordan is due to several factors: the expansion in salvage projects documenting Middle Islamic remains, the comparatively good preservation of archaeological remains of the period, and the general shift to the study of rural society in Islamic archaeology as a whole. More archaeologists specializing in this period are making use of the rich body of textual material available (though difficult at times to access), and more historians of the Mamluk Sultanate are turning to the results of archaeological work to explain and enrich their research and ask new questions about the period.

The ongoing excavations at Tall Ḥisbān on the Madaba Plains have been a driving force in promoting archaeological methods in Mamluk Studies, and can be credited with helping to raise the profile of Mamluk Archaeology as a specialized area of study. Fieldwork has focused in the last two decades on the Mamluk Citadel and the contemporary “farmhouses” that sat in its shadow at the base of the tell (Fig. 2). They are well preserved, with relatively good stratigraphic separation and an abundance of sealed contexts and middens, and with excellent botanical and faunal preservation. A project commitment to responsible textual analysis has resulted in new narratives about village society, the relationship of these communities with the Mamluk state, and the economic and political factors behind settlement cycles and cultural change. In this way, this archaeological site has been pivotal in defining many of the debates in the field today. 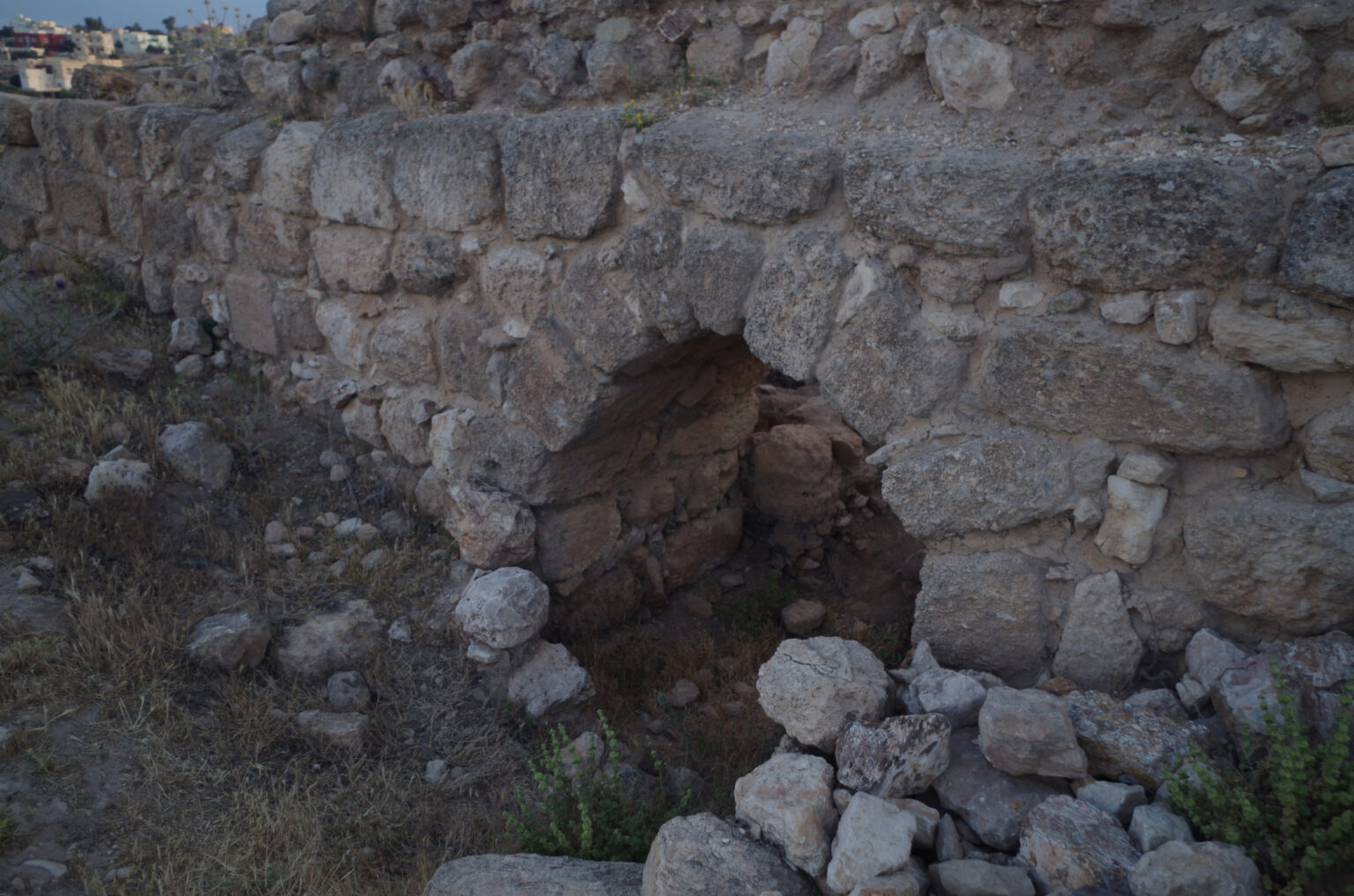 In comparison to the Early Islamic period, ceramic production throughout Bilād al-Shām was decentralised in the Middle Islamic period. One could see in this shift to localised production evidence of the strength of the rural economy and its resilience. One factor behind the Early Mamluk rural revival of the region was the building of viable local industries (very much a local initiative) and the development of a good infrastructure for transport and exchange (an imperial project).

During recent seasons of excavation at Tall Ḥisbān, a local tradition in stone-working and evidence for site-based ceramic and glass production have been identified. While most of the building materials incorporated into the Mamluk construction were spolia, some new limestone blocks were quarried from the ubiquitous caves and the wadi beds. The debilitation from the final stages of the shaping of the blocks clutter the courtyards of each farmhouse cluster. We have identified, as well, both debitage and the final products of flint-knapping, namely scrapers and drills fashioned from local flint. This flint, which is readily available in beds across the Wadi Majar, was used for the roughly-hewn opus sectile floor that covers a small storeroom, in the North House of the Field O farmhouse cluster. The style imitates the pavements of imperial mosques and madrasas in Cairo and Damascus, suggesting either familiarity with imperial style or the involvement of craftsmen from the cities.

One annex of the same North House, which was built in the Abbasid period, may have been repurposed in the 13th century into a workshop. We have only recently identified local production in this period of two goods at Tall Ḥisbān which require some degree of specialisation: glass and glazed ceramics, crafts which are technologically connected. Glass cullet and tank furnaces suggest local glass production, possibly from an earlier period. Further evidence of glass production comes from probe analysis of the glazes of glazed pottery from the site. In combination with thin-section petrography, XRD, and XRF, this analysis has suggested local (or regional) production of four readily recognizable Mamluk-era glazed wares: slip-painted, glazed-relief, monochrome-glazed, and “barracks ware” sgraffitos.

While no pottery kiln has even been identified at the site, some traces of ceramic production is coming from ongoing excavations in one room in the Field O farmhouse clusters, which has a plastered basin and covered drains. Here a domestic space of the Late Byzantine and Early Islamic period appears to have been converted in the 13th century to industrial use, with several installations sunk into the earlier mediaeval levels. Tools associated with ceramic production and deposits of worked clay were recovered here. A firing tripod was identified, as well, from a contemporary structure at the base of the west slope.

Growth of the Rural Economy

The rural economy of Middle Islamic Jordan was heavily monetarized. Copper coins (fulūs) of the Mamluk period, the small change used in market exchange and for daily use, have been recovered in large numbers at Tall Ḥisbān, like many other contemporary sites in Jordan. They bear witness to active participation in a market economy. We know, of course, from period chronicles that Ḥisbān hosted a large market that serviced hundreds of villages in the region. The ongoing numismatic study of this material by Prof. Warren Schultz (of De Paul University in Chicago) is changing our notions about the supposed barter economy of late medieval society.

Further evidence of a market economy has been reconstructed through a tightly integrated multidisciplinary study of foodways at the site. A range of botanical methods and zooarchaeological analysis – combined with study of period agricultural texts, chronicles, and documentary sources – has suggested some important ways in which local peasants produced for both markets and local consumption, namely through diversification of cereal production and intensification of the same through irrigation.

Daily Life in a medieval village

Because so much of the fieldwork today at Tall Ḥisbān has focused on the well-preserved clusters of barrel-vaulted houses at the base of the tell, we are able to say much more about the contours of daily life in the village than ever before (Fig. 3). An architectural study including photogrammetry and 3-D modelling is allowing us to better understand the evolution of what is a regional tradition of vaulting. The houses at Ḥisbān have the same size, form, and roofing structure. The single-room house with plastered floors and walls and a barrel-vaulted roof appears to be one variant of a regional koine found in the central highland plateaus of Transjordan. This form has a long history in the region.

What is new in the Mamluk period is how such structures were modified. Mamluk-era building practice in southern Bilād al-Shām includes reuse of what is stable, demolition of what is not and a preference to build on bedrock, and entirely stone construction. Most of this work appears to have been done by local hands. 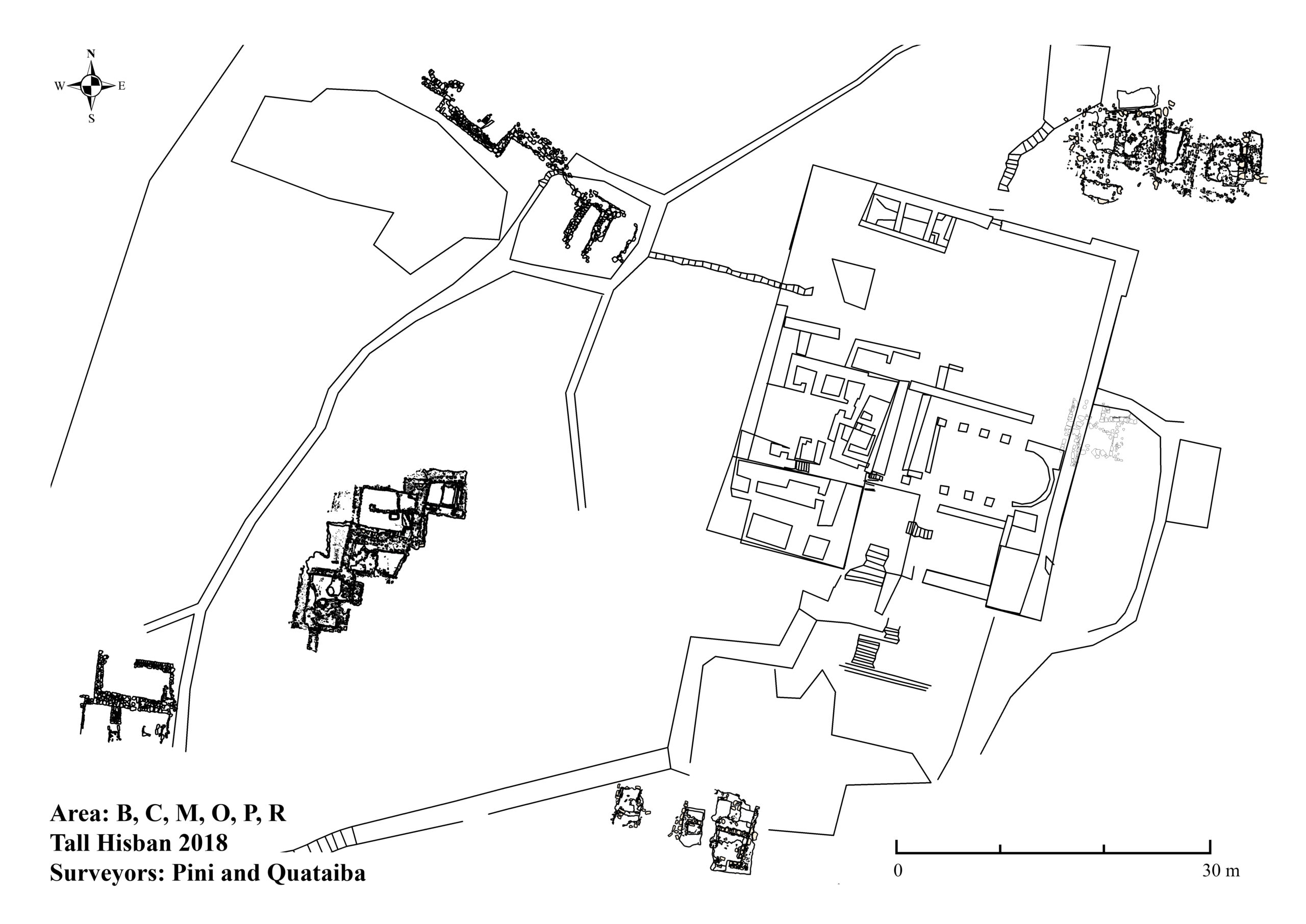 While the architecture adhered to a long local tradition, many of the small finds associated with the houses do not. Ceramic imports occupy not only a large percentage of the assemblage in the Citadel storeroom, but also in the farmhouses. In fact, there is little difference between the pottery used in households and that used by the soldiers in the castle on the hill. More astonishing was the recent recovery of enameled and lustered glass from the same house (Fig. 4). They are likely Damascene imports, and include fragments of beakers, bowls, and lamps. It is quite possible that some of the houses below the tell were occupied by a new class of tenants in the 14th century: the officials serving the Mamluk state.