The term "Byzantine" is used by archaeologists and historians to refer to the last centuries of the Eastern Roman Empire. For Jordan, the Byzantine period ended with the Muslim victory in the decisive Battle of Yarmuk in 636 AD, while the Byzantine Empire continued in Asia Minor (Turkey) and southeast Europe up to the mid-fifteenth century.

The Byzantine period dates from the year 324 CE, when the Emperor Constantine I founded Constantinople (Istanbul) as the capital of the Eastern Roman, or Byzantine, Empire. Constantine converted to the growing religion of Christianity in 333 CE. In Jordan, however, the Christian community had developed much earlier: Pella had been a center of refuge for Christians fleeing persecution in Rome during the first century CE. 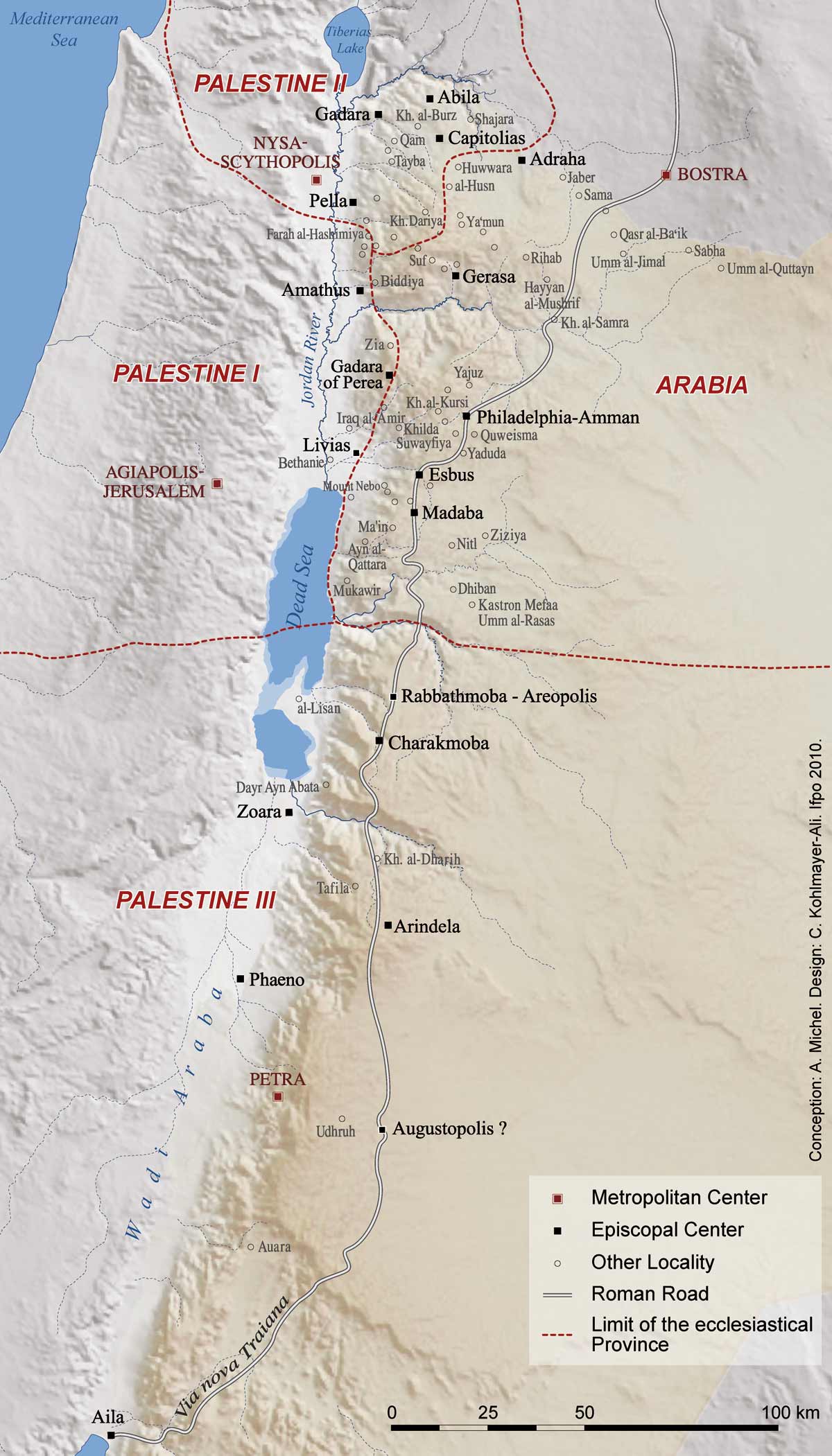 During the Byzantine period, a great deal of construction took place throughout Jordan. All of the major cities of the Roman era continued to flourish, and the regional population boomed. As Christianity gradually became the accepted religion of the area in the fourth century, churches and chapels began to sprout up across Jordan.

Many of these were clustered together on the foundations of ancient Roman settlements, and a good number of pagan temples were plundered to build churches. Church-building witnessed extraordinary growth during the reign of Emperor Justinian (527-65 CE). Most of these churches were of basilica type, with semi-circular apses to the east and two parallel rows of pillars supporting a higher roof over the nave.

When Emperor Theodosius died in 395 AD, the Roman Empire was administratively divided into east and west between his two sons. This division became a permanent reality when the western part of the empire finally succumbed to external pressure in 476. As for Jordan, Constantine and his successors adopted the Diocletianic administrative reforms, which had Jordan divided within four imperial provinces: Palestine I, II, III, and Arabia.

Role of nomads and tribes

Nomads and tribes that lived in Jordan at that time played a prominent role, especially along the eastern desert frontiers, and became influential factors in the management of the eastern provinces of the Byzantine Empire. The Byzantines and Persians adopted the strategy of using powerful local tribes as allies in their ongoing conflicts.

The Byzantine period in Jordan was marked by strong expansion. The population peaked and healthy trade and economic networks provided overall prosperity. The economy in Jordan was mainly dependent on agriculture. The Hawran plains continued to be a major source for wheat and barley production, while the spring-fed valleys were planted with vines, olives, fruits and nuts. There is also evidence of water systems in the semi-arid regions around Udhruh, Petra and Faynan.

Industry also played an important role in the economy, especially the manufacture of pottery and metals. Christian pilgrims travelling to holy sites and visiting the homeland of Christianity also contributed to the local economy. Sea trade prospered through the port of Aila (modern Aqaba). Oil, glass, metal, and agricultural products were imported and exported through its port. The land routes to the Mediterranean through the Negeb flourished, as did the routes to Egypt through Sinai. The trade routes across the desert between the Hijaz and Syria led to increasing populations south of Hawran. 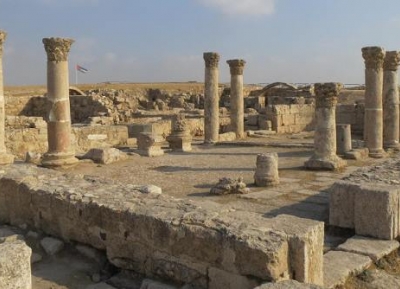 Disasters in the 5th/6th centuries

A succession of disasters struck the prosperous eastern provinces of the Empire. Greater Syria was hit by a series of earthquakes during the 5th and 6th centuries; the plague also swept through the Empire in 541/542, contributing to the decline of Byzantine society in the 6th and early 7th centuries.

The Persians invaded the weakened region in 614, and occupied it until 628 when Emperor Heraclius finally succeeded in defeating them. Soon afterwards, however, the Islamic Conquests started in AD 629, and by 641 the entire region came under Muslim rule.