Tafilah, is a town with a population of 27,559 people in southern Jordan, located 183 kilometers southwest of Amman. It is well known for having green gardens which contain olive and fig trees, and grape-vines.

There are more than 360 natural springs in the At-Tafilah area, including the natural reservoir of and hot natural springs at Afra. There are two phosphate and cement mines in at-Tafilah, which are one of the country's main income sources.

The oldest state formation established in the region of Tafilah was the kingdom of Edom, and Tafilah lies on the ruins of the Edomite city of Tophel. The capital of Edom was at Bussorah 23 km to the south of Tafilah.

Tafilah was later annexed by the Nabatean kingdom who had its capital at Petra. Following the Roman invasion, it was ruled by the Ghassanids, under Byzantine authority. Tafilah then came under Muslim rule, interrupted for a brief period of time by Crusader rule. During the Arab Revolt, in January 1918, the village and the region around it were captured in the Battle of Tafileh thanks to what was described as a "brilliant feat of arms'', by Arab troops under the command of T.E. Lawrence, Jaafar Pasha Al-Askari, and Prince Zeid bin Hussein. 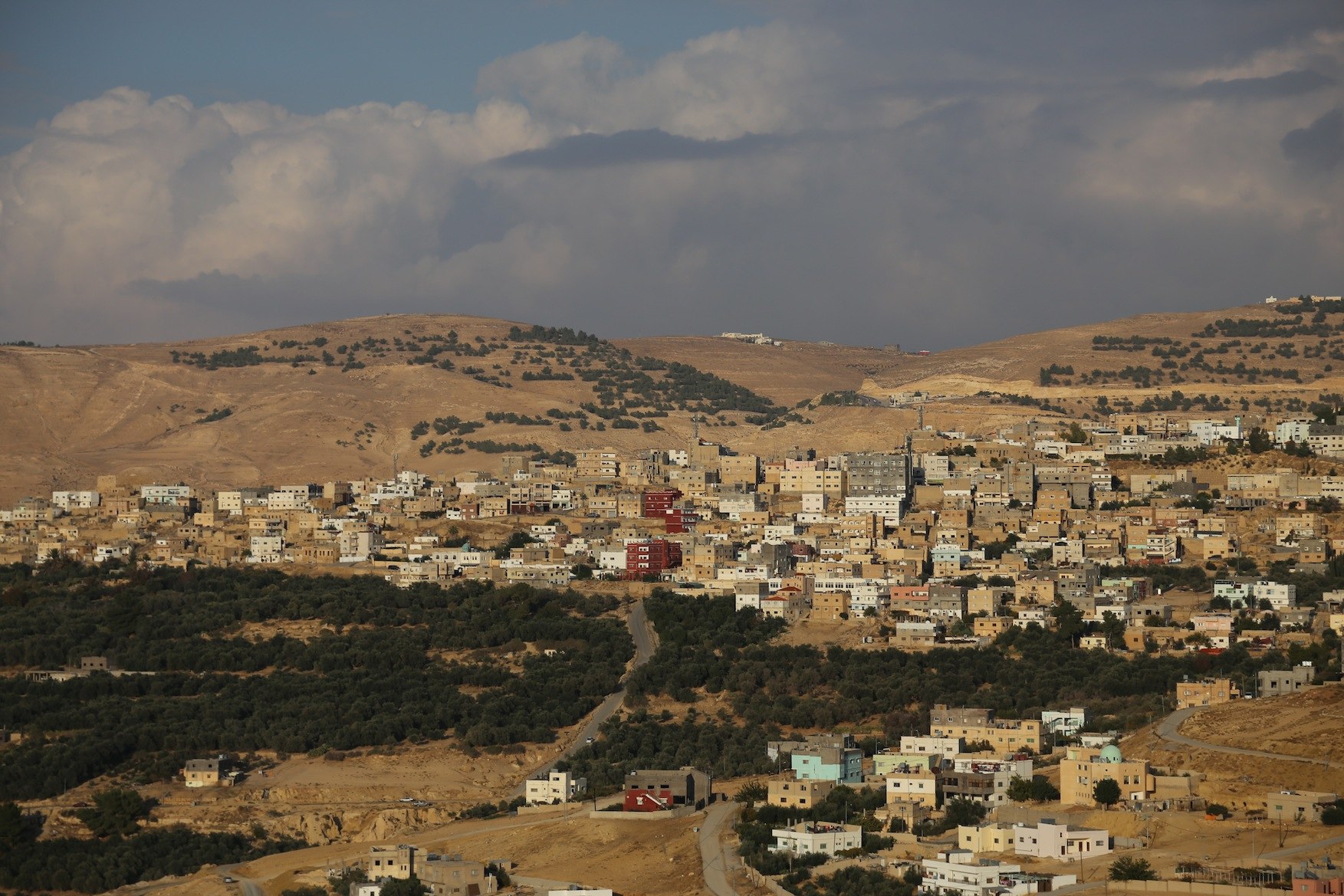 In At-Tafilah the summers are long, warm, arid, and clear and the winters are cold, snowy, and mostly clear. Over the course of the year. The hot season lasts for 4.3 months, The cool season lasts for 3.1 months.

Places you May visit in At-Tafilah

The hot mineral water flows from 15 different water springs, ranging in temperature from 45° to 48° C. Tourists frequent the hot springs, seeking treatment for chronic physical ailments such as skin and circulatory diseases, and bone, joint, back and muscular pains. These mineral-rich waters help in the treatment of infertility, arteriosclerosis, anemia, rheumatism and many other chronic diseases. The water in the springs contains elements with healing properties, including sodium, calcium, chloride, radon, hydrogen sulfide and carbon dioxide.

Wadi Al-Ghuwair is one of the most beautiful and longest valleys in the region, or even in the country, and the most diverse, the height of which is certainly a pleasure,

While hiking in Wadi Al Ghuwair, you'll most likely be on your own, in a gorgeous, sometimes mineral, sometimes green environment. Above all, by walking through this masterpiece, you are likely to feel this sense that every rock, every cleft, every elbow in the valley, will reveal to you other masterpieces.

Dana is Jordan’s largest nature reserve, covering some 320 square kilometers of spectacular mountains and Wadis along the face of the Great Rift Valley. From scorching sand dunes in the west to cool mountaintops in the east, the Dana Biosphere Reserve is home to a great variety of wildlife. There are plants and animals characteristic of true desert, of Mediterranean forests and of the dry plains of Russia. In fact, Dana is really a melting pot of species from three continents: Europe, Africa and Asia. Such a combination of natural communities in a single area is unique in Jordan and many of Dana’s animals and plants are very rare.

Sela in Edom is widely identified with the ruins of Sela, east of Tafileh, and near Bozrah, both Edomite cities in the mountains of Edom, in modern-day Jordan. Archaeologists have found on a rock face at es-Sila' the so-called "Nabonidus Inscription", named after the last king of the Neo-Babylonian Empire.

Is an archaeological site including a Nabataean settlement and religious sanctuary outside of Petra, Jordan.The site is located in southern Jordan, in the city of Tafileh, 100 km north of Petra. The earliest signs of human habitation at the site are from the Neolithic period and more specifically the Pre-Pottery Neolithic period circa 4000-6000 BCE.In Arabic, khirbet means ruin and is commonly used to describe archaeological ruins, while the word Al Dharih according to the Arabic Dictionary Taj Al Aroos ,means hills or highlands. Khirbet edh- Dharih therefore can be translated as the ruin’s of ed- Dharih or the ruins of the highlands. The site name reflects the topography of the site.