Wadi Rum (or Valley of the Moon) is a protected area covering 720 square kilometres of desert wilderness in southern Jordan. It is characterised by wide sandy valleys that mediate huge mountains of sandstone and granite reaching a height of 1700 metres and more. Many of them hide ancient rock drawings excavated by desert peoples over thousands of years.dramatic sandstone mountains like the many-domed Jebel Um Ishrin, and natural arches such as Burdah Rock Bridge. Many prehistoric inscriptions and carvings line rocky caverns and steep chasms, such as Khazali Canyon. The natural watering hole of Lawrence’s Spring is named after British soldier Lawrence of Arabia, who allegedly washed there.

Despite the wonderful charm of Wadi Rum that gives you complete tranquillity while contemplating its sands, stars and sun, and allows you to enjoy the serenity of the desert that calms the soul and clears the mind, it has adventure and suspense activities that put you in a new and fun experience that does not resemble the pleasure of your experience in any other places.

The Wadi Rum region is called the Valley of the Moon because of the similarity of its terrain with that of the Moon. And the moon’s view of it upon its completion at full moon is more wonderful than any view of the moon on the surface of the earth. 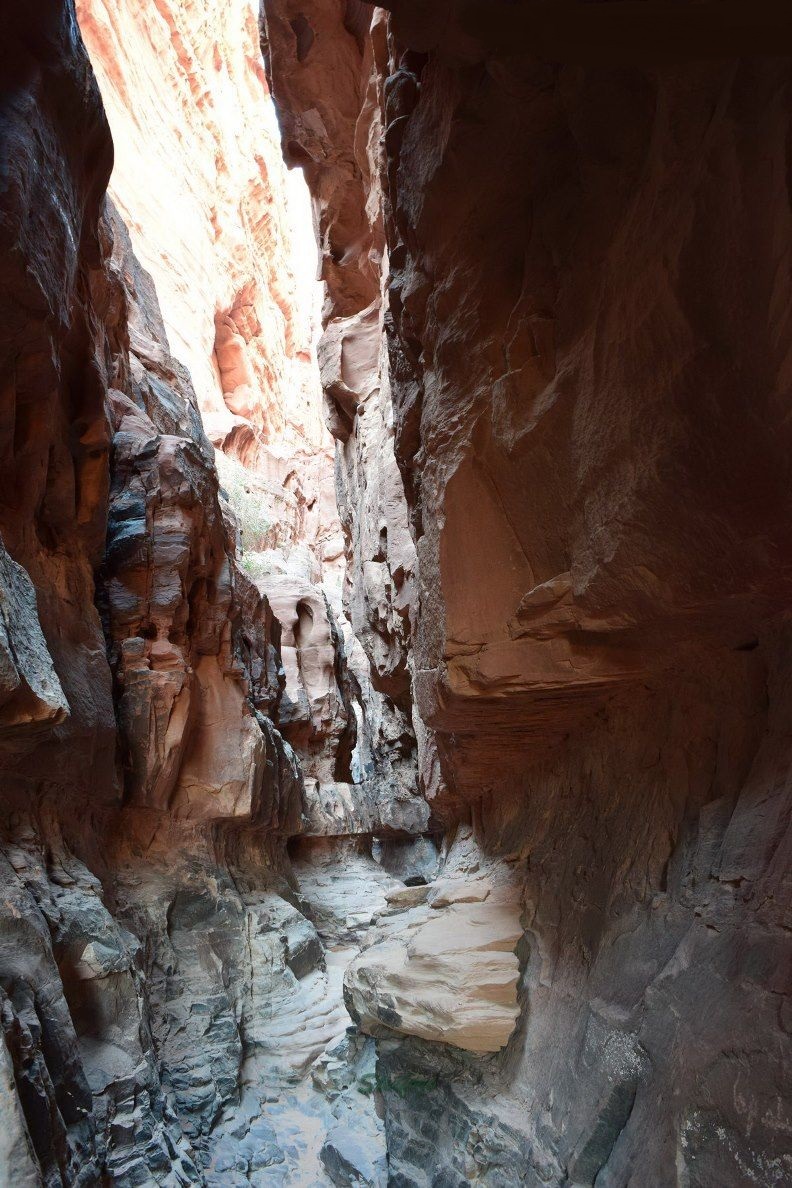 People have lived in Rum for thousands of years struggling to survive in its harsh environment. They were hunters, shepherds, farmers and traders. Even the Nabateans once settled in Rum, leaving behind many buildings, including a temple. All the people living in and around Wadi Rum today are Bedouins, dependent on their herds of goats. The Bedouin population of Wadi Rum is a resourceful and hospitable people who are largely responsible for developing Wadi Rum as a tourist destination. Wadi Rum has been inhabited by many human cultures since prehistoric times, with many cultures–including the Nabataeans–leaving their mark in the form of petroglyphs, inscriptions, and temples. In the 1980s, one of the rock formations in Wadi Rum, which was originally known as Jabal Al-Mazmar (Plague Mountain), was named the "Seven Pillars of Wisdom", after Lawrence's book written in the aftermath of World War II.The discovery of the Nabataean Temple (located walking distance from the Rest House) in 1933 briefly returned the spotlight to the desert. A French team of archaeologists completed the excavations in 1997.

Wadi Rum Protected Area was inscribed as a UNESCO World Heritage Site in 2011. It is considered as a strict nature reserve by UNESCO.

This UNESCO site is also known as The Valley of the Moon. This valley is made up of sandstone and granite rock formations in southern Jordan within the Aqaba Governorate. The term Wadi Rum is of Arabic origin, which literally translates to “Roman valley”.

"The hills on the right grew taller and sharper, a fair counterpart of the other side which straightened itself to one massive rampart of redness. They drew together until only two miles divided them: and then, towering gradually till their parallel parapets must have been a thousand feet above us, ran forward in an avenue for miles. The crags were capped in nests of domes, less hotly red than the body of the hill; rather grey and shallow. They gave the finishing semblance of Byzantine architecture to this irresistible place: this processional way greater than imagination.”

Also described his encounter with the spring, Ain Shalaaleh, "On the rock-bulge above were clear-cut Nabataean inscriptions, and a sunk panel incised with a monogram or symbol. Around and about were Arab scratches, including tribe-marks, some of which were witnesses of forgotten migrations: but my attention was only for the splashing of water in a crevice under the shadow of the overhanging rock. I looked in to see the spout, a little thinner than my wrist, jetting out firmly from a fissure in the roof, and falling with that clean sound into a shallow, frothing pool, behind the step which served as an entrance. Thick ferns and grasses of the finest green made it a paradise just five feet square."

Must see attractions in Wadi Rum

It is the highest stone arches in the region, and one of the highest rocks in the world with a height of 80 metres, and it takes about three hours to climb to reach it.Climbing this mountain requires caution, wearing appropriate and comfortable clothes, and using a trained and equipped tourist guide from the same area. It is possible to take very distinguished pictures in this unique location.

This historic building is a Wadi Rum tourist attraction. Lawrence of Arabia is a British military commander and a very important historical figure who has been embodied in many films. This man who left his country to live in the desert and contributed to the Arab revolt against the Turks and believed in their cause. Although there is no confirmed information that he lived in this building, it is certain that he used the building, even for a short period, to store weapons, which earned him such importance.

Mushroom Rock is one of the most famous rock formations in Wadi Rum, which tourists and visitors used to take pictures in front of, as it has a pointed shape from the top above a narrow stone trunk. This rock was formed in this way due to wind and rain erosion, which affected the softer layers at the bottom, while the upper layers remained because they are harder.In the past, this rock used to attract shepherds and Bedouins to rest under the sharp desert sun, which made it famous in the region and is located near the rock bridge.

Often mistaken for Lawrence’s Spring, the ‘Father of Aineh Spring’ is piped down the mountain into a large tank for Bedouin sheep, goats and camels. Look out for a large boulder near the tank: it is covered with Thamudic inscriptions, proving the spring has been used for a similar purpose for millennia. To reach Ain Abu Aineh, head south from the Rest House and follow the eastern side of Jebel Rum for 3km (a 1½-hour walk in soft sand).

The site in itself is not particularly special, but the views across to Jebel Khazali are wonderful, especially at sunset when the whole amphitheatre of stone and sand turns orange. 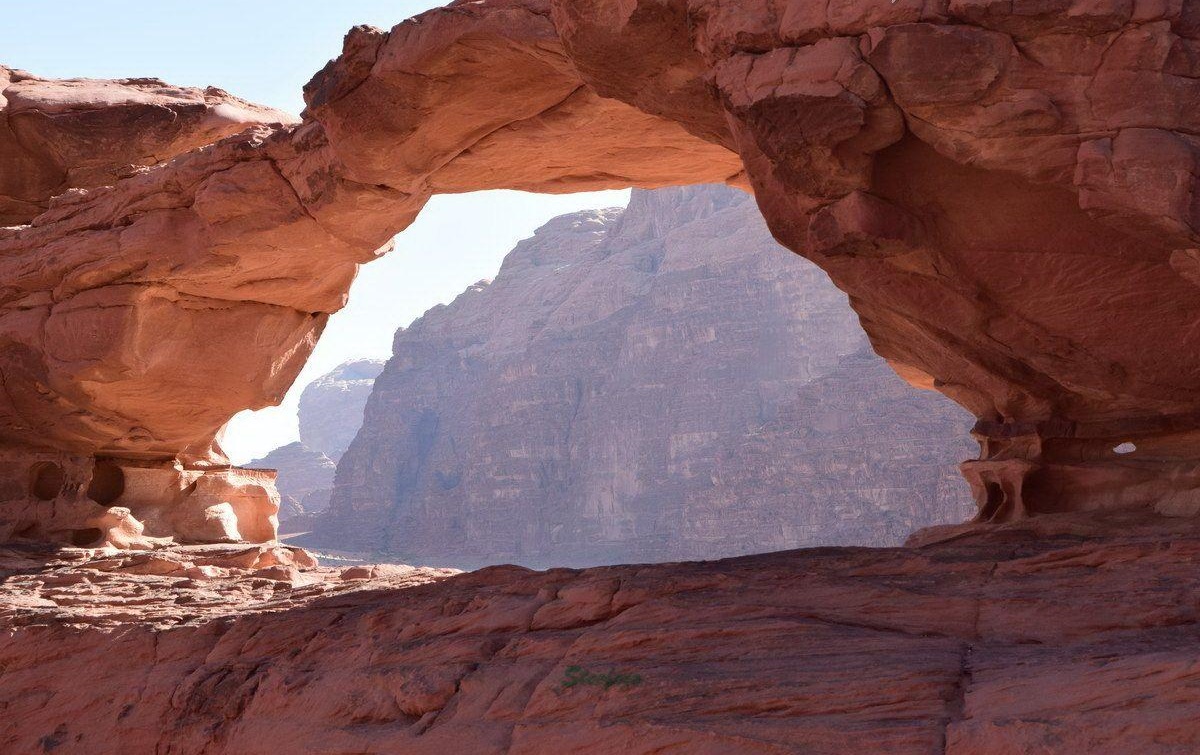 The western flank of Wadi Rum is formed by Jebel Rum (1754m), which towers over Rum village. It is a popular destination for scramblers and climbers who tackle parts of the ancient Thamudic Way to the summit (guide required – ask at the visitor centre). Similar pathways, once used for hunting ibex and collecting medicinal plants, link one massif to another throughout the area, giving limitless scope for hiking, scrambling and climbing.

An easy siq to explore is the narrow fissure that cuts into Jebel Khazali. You can explore on foot for about 150m, far enough to appreciate the cool shade and to see inscriptions made by the ancients who used the siq for the same purpose. Look out for drawings of ostriches, pairs of feet and a woman giving birth. You need ropes and a guide to penetrate further and 4WD transport to reach the siq.

The deeply crevassed ‘Mother of Twenty’, a 20-domed mountain forming the east flank of Wadi Rum, is connected to the Seven Pillars of Wisdom formation. The mountain acquired its name, according to local legend, after a woman killed 19 suitors; she was outwitted by the 20th, so she married him. The whole range turns a magnificent white-capped auburn during sunset.

While there are dunes in several places around Wadi Rum, the most striking are the red sands that bank up against Jebel Umm Ulaydiyya. If you are on a 4WD or camel tour, drivers will stop near a pristine slope for you to plod your way to the crest of the dune. They're particularly lovely at sunset.

Thamudic and Nabataean inscriptions, depicting camel caravans, hunting warriors and various animals, are common throughout the Wadi Rum area. The Alameleh inscriptions, near the Seven Pillars of Wisdom and on the edge of the Diseh district, are some of the most comprehensive and best preserved.

One of the most visited of numerous canyons that riddle Wadi Rum, this 5km-long corridor of rock through the mountains offers opportunities for hiking, camel trekking, climbing or simply napping in the shade and absorbing the special atmosphere of Wadi Rum’s hidden heartland.

Kharazeh Canyon, one of the mighty incisions in Jebel Umm Al Ishrin, is a popular hiking destination. Guides and agencies offer a day hike (around seven hours) from the Rest House in Rum village combining Rakhabat Canyon with Kharazeh Canyon. A head for heights and an ability (or at least willingness!) to abseil for 40m is necessary to complete the route through Kharazeh Canyon. Path finding through the myriad branches of these canyons is challenging, so a guide is recommended.

There is little left of this building, erected on the Nabataean ruins of a water cistern. Nonetheless, legend has it that Lawrence stayed here during the Arab Revolt and that makes it a must on the regular 4WD circuits of the area. Near the building is a Nabataean inscription that mentions the area’s ancient name of Iram. The remote location and uninterrupted view of the red sand dunes are the main attractions.

One of several spots on the 4WD tour route from which to enjoy the spectacular colours of sunset across the sands of Wadi Rum, here at the dunes close to Lawrence's House.

In Wadi Rum there are camps that provide food, drink and overnight services instead of hotels whose presence would have affected the appearance of nature. And when you go to Wadi Rum, you must try the zarb food, which is cooked in closed pots under the sand with meat.