Jerash is a city in Jordan, north of the capital Amman. Inhabited since the Bronze Age, it's known for the ruins of the walled Greco-Roman settlement of Gerasa just outside the modern city. These include the 2nd-century Hadrian's Arch, the Corinthian columns of the Temple of Artemis and the huge Forum's oval colonnade. The Jerash Archaeological Museum displays artifacts excavated from the site.

Jerash today is home to one of the best preserved Greco-Roman cities, which earned it the nickname of "Pompeii of the East"making it one of the most visited sites in Jordan. The city hosts the Jerash Festival, one of the leading cultural events in the Middle East that attracts tens of thousands of visitors every year. 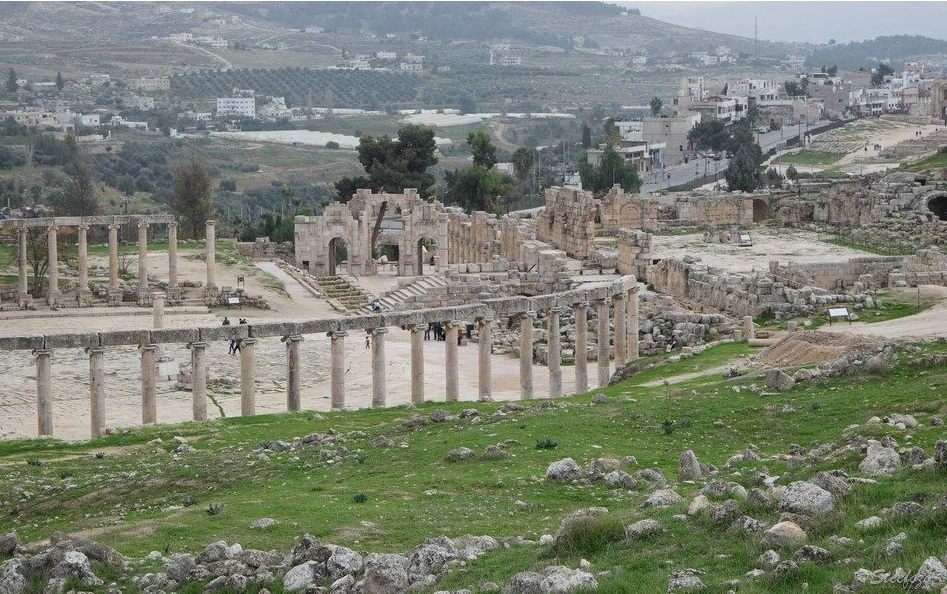 Jerash is considered one of the largest and most well-preserved sites of Roman architecture in the world .And is sometimes misleadingly referred to as the "Pompeii of the Middle East" or of Asia, referring to its size, extent of excavation and level of preservation.

Archaeologists have found ruins of settlements dating back to the Neolithic Age. Moreover, in August 2015, an archaeological excavation team from the University of Jordan unearthed two human skulls that date back to the Neolithic period ,at a site in Jerash, which forms solid evidence of inhabitants of Jordan in that period especially with the existence of 'Ain Ghazal Neolithic settlement in Amman. The importance of the discovery lies in the rarity of the skulls, as archaeologists estimate that a maximum of 12 sites across the world contain similar human remains.

Evidence of settlements dating to the Bronze Age have been found in the region.

Jerash is the site of the ruins of the Greco-Roman city of Gerasa, also referred to as Antioch on the Golden River.

After the Roman conquest in 63 BC, Jerash and the surrounding lands were incorporated into the Roman province of Syria, and later joined the League of Decapolis. In AD 106, Jerash was absorbed into the Roman province of Arabia, which included the cities of Philadelphia (present-day Amman) and Petra. And my sight. The Romans ensured security and peace in this region, which enabled its people to devote their efforts and time to economic development and encouraged civic building activity.

In Jerash, the summers are long, hot, arid, and clear and the winters are cold and mostly clear. Over the course of the year. The hot season lasts for 4.4 months, The cool season lasts for 3.1 months.

This restaurant is considered one of the best restaurants in Jordan for its service, view and food.

Excellent setup and food, and outstanding service! Reasonably priced compared to quality obtained. Order anything on the menu from appetizers to mains to dessert, Highly recommended.

Al-Khayyam restaurant in Jerash near  the old Roman archaeological sites is a good choice for delicious grills and reasonable prices. The fresh and delicious bread is made at the restaurant and the kebab tastes good. If you reach Jerash you have to eat here. 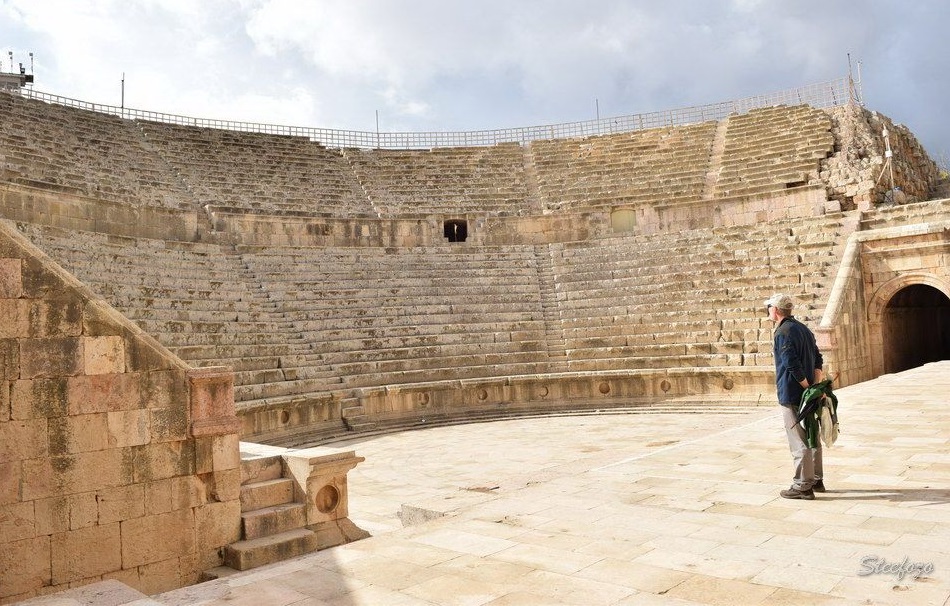 Places you May visit in Jerash

Wander among the splendid ancient Roman ruins of Jerash’s main attraction, the Jerash Archaeological site, and the Hippodrome will certainly grab your attention. This vast structure, built for spectator sports, is among the largest and best-preserved on the site. It is impressive enough in itself, but plan your visit for the right time of year and you may also see an exciting reenactment of an ancient Roman chariot race here.

In every ancient Roman city, the forum was the place that was at the center of the community, the place where political decisions were made, public meetings were held and often where markets took place. Visit the Forum in Jerash, which was known as Gerasa under the Roman Empire, to see a well-preserved example that is architecturally unlike most ancient Roman forums elsewhere.

Visit Jerash and you are sure to spend much of your time exploring the remains of the ancient Roman city that once stood here. Many of the structures in this sprawling archaeological site are extremely impressive, but Hadrian’s Arch really is among the most special. Not only is it in excellent condition for an arch that has stood for almost 2,000 years, it’s also enormous and is therefore one of the more prominent features of the site.

Jerash Archaeological Site is home to the remains of many striking ancient buildings, but the Temple of Artemis was once among the most striking of all. Believed to have been by far the most important place of worship in the ancient Roman city of Gerasa (now Jerash), the temple is still impressive for its sheer scale today. Visit it to get some sense of the enormous significance religion held for citizens of the ancient civilization of the Roman Empire.

Jerash city population is around 27,046 based on Worldometer elaboration of the latest United Nations data.