In 969 CE, the Fatimids of Egypt took control of Jordan and struggled over it with various Syrian factions for about two centuries. At the beginning of the 12th century CE, however, a new campaign was launched which would once again place Jordan at the centre of a historical struggle. The impetus for the Crusades came from a plea for help from the Emperor of Constantinople, Alexius, who in 1095 reported to his Christian European brothers that his city, the last bastion of Byzantine Christendom, was under imminent threat of attack by the Muslim Turks. The prospect of such a severe defeat prompted Pope Urban II to muster support for Constantinople as well as for the retaking of Jerusalem. 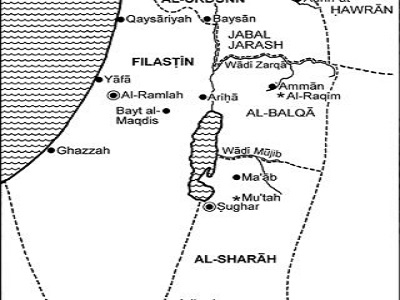 The so-called “Holy Wars' ' thus began in 1096 CE. They resulted in the conquest of al-Quds (Jerusalem) by Christian forces and the establishment of a kingdom there. The Crusaders’ interest then centred on the protection of the route to Jerusalem, prompting the Crusader King Baldwin I to build a line of fortresses down the backbone of Jordan. The most substantial of these were at Karak and Shobak. However, after having unified Syria and Egypt under his control, the Muslim commanderSalah Eddin al-Ayyubi (Saladin) defeated the Crusaders at the Battle of Hittin in 1187 CE. This opened the way for the Muslim armies to liberate Jerusalem, effectively eliminating the foreign domination of Jordan.

The so extended Abbasid empire cannot maintain a long time in its entirety. It was disbanded in the 10th century to the benefit of the Fatimid dynasty, coming from a Shiite movement in Algeria. The Transjordan is essentially rural and benefits from local trade exchanges networks. The southern Jordan in particular takes great advantage from the maritime traffic in the Red Sea, especially active under the Fatimid Caliphate. The Fatimid developed a lot of trade with India, China, Sumatra and Java. Remains of Chinese pottery found in Aqaba show an evident increase of the commercial exchange volume around 1000 AD. At that time, Ayla, the ancient Aqaba port strategically located, was flourishing.

Since the time of Ahmad Ibn Tulun (d. A.H. 270/ad 84), if not long before, most of Bilad ash-Shamcame within the political and cultural orbit of Egypt,and the extension of Fatimid control over ash-Shamin 359/970 represented a straightforward historical continuation of this arrangement. Control extended to the region east of the Jordan Rift Valley through garrisons and tribal alliances, and it seems that theregion played a continuous role in the social and economic life of Fatimid Palestine-Jordan. This is particularly apparent from the detailed account of the geographer al-Maqdisi (al-Muqaddasi, d. 1000),a native of Jerusalem (Bayt al-Maqdis) who wrote about 985 (Muqaddasi [al-Maqdisi] 1994). Accord-ing to al-Maqdisi, the area of Jordan north of Wadiaz-Zarqa’, called Jabal Jerash, was included in the district of al-Urdunn and had Adhri‘at (Dar‘a) as its chief town (Figure 15.1). The area was populated with many villages and produced olives, various fruits including grapes, and honey. This agricultural produc-tivity was such, reports al-Maqdisi, that it contributed to the wealth of Tabariyah (Tiberias), al-Urdunn’s capi-tal. Between Wadi az-Zarqa’ and Wadi al-Mujib was the al-Balqa' area, which belonged to the district of Filastin(Palestine). Around its principal town of ‘Amman were villages, farms, grain-fields, mills and flocks, and nearby was identification of a separate district south of Wadi al-Mujib called ash-Sharah. Thecapital was located at Sughar (Zughar, Zoar) in theGhawr as-Safi, south of the Dead Sea, and had sixother townships including Ma’ab (Rabbah, Areopolis),Mu‘an (Ma‘an), Udhruh and Waylah (Ayla, Aila).Ma’ab, the principal town in the mountains, had many productive villages and the holy site of Mu’tah with the tombs of the Prophet’s companions. Ayla and Zughar,strategically located at either end of Wadi ‘Arabah, were thriving commercial centres. The well-populated RedSea port of Ayla served Filastin and the Hijaz, withroads heading northwards to ar-Ramlah (six marches)and Zughar (four marches). From Zughar, roads contin-ued into Jerusalem, Nablus, and ‘Amman (Figure 15.2).Another important road described by al-Maqdisi was the Hajj or pilgrimage route from Damascus. This Passed through Adhri‘at and az-Zarqa’ to ‘Amman,which was a major assembly place for pilgrims fromPalestine, and continued south by way of two water-ing stops to Mu‘an and then Tabuk, three stopslater.

Fatimid, Ayyubid and Mamluk Jordan and the Crusader Interlude Article